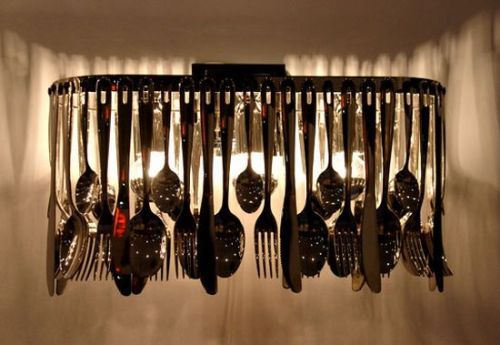 In todayâs era of sustainability, there is an urge for the preservation and recycling of resources. Efforts are being made by people from all domains to preserve the resources for the coming generations and make earth a better place to live in. âGo greenâ is the mantra of 21st generation. The principle of reducing, reusing and recycling is on a high and eco-friendly products are taking the limelight. This effect is being witnessed in the lighting industry also where spectacular light pieces are being manufactured out of recycled materials like plastic. Moreover, the incorporation of LED in these fixtures makes them instrumental in conservation of energy. The list below enfolds ten such eco friendly and stylish chandeliers. 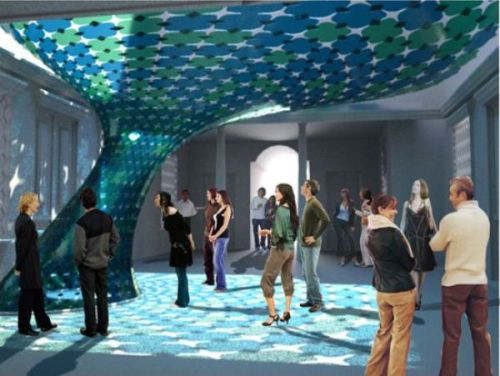 Designed by Michelle brand, it is a spectacular ceiling fixture manufactured out of recycled plastic bottles. Cascade Chandelier was exhibited for the first time in 2011 at the Haute Green. It resembles a cascade of flowers which are made out of old plastic bottles. Michelle brand is an eco-designer who over time has been producing such magnificent pieces of art out of sheer waste and everyday objects. Around the year, tones of plastic waste are generated across the globe. This chandelier is a perfect example of recycling plastic waste into a masterpiece. 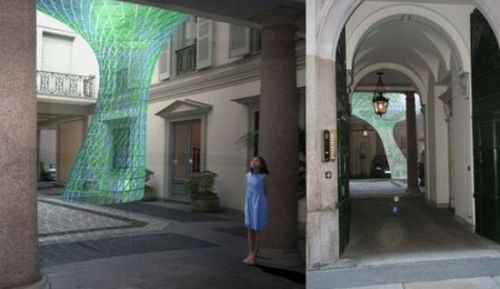 Designed by Christoph Klemmt, LED Chandelier is a magnificent sculpture designed on a unique concept. Being both modern and stylish, the chandelier aptly serves the purpose of illumination. The uniqueness of the chandelier lies in its varied response during the different times of the day. During the day time, the chandelier reflects the light of the sun in different colors, whereas during the night time, the solar energy harnessed during the day provides power to the LEDs. The chandelier is made up of photovoltaic cells exploring the non conventional source of energy. It is a perfect example of imagination coupled with the green mantra of sustainability. 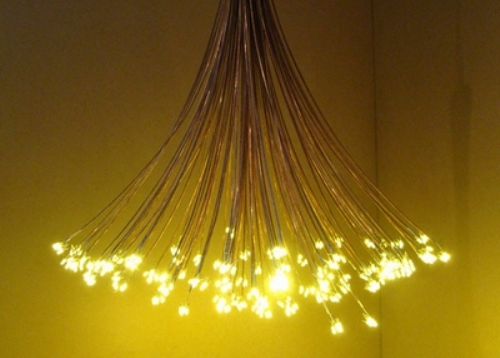 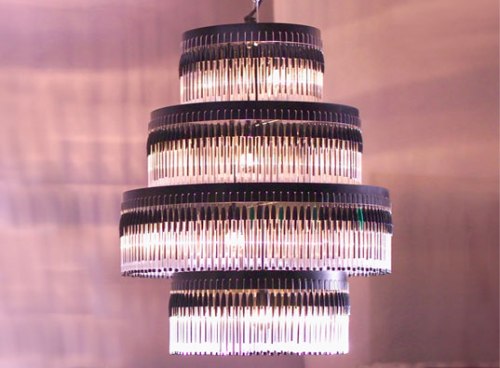 Called as âVolivik Lampâ, this chandelier is made out of Bic ballpoint pens. Designed at Spanish design studio Madrid, it was exhibited for the first time at Valencia Furniture fair in 2006. It has been produced by putting together numerous ballpoint pens in shape of a chandelier. Creative and useful, the product is remarkable in terms of eco-friendliness. 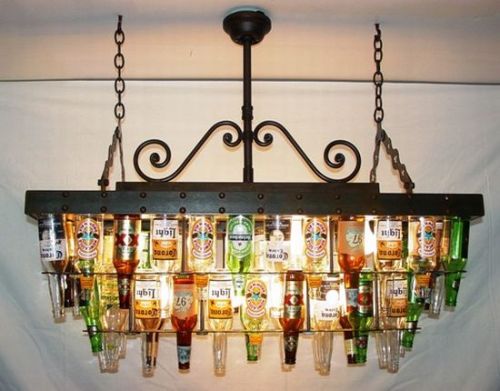 Manufactured out of recycled beer bottles, the chandelier is a two storey structure comprising of 52 bottles in all. The product is colorful and spectacular. The massive structure is illuminated by eight bulbs. It is a perfect example of recycling and reuse. 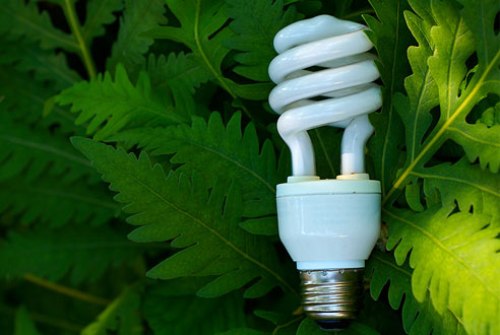 If you love greenery around you, this chandelier is a treat for you. Powered by a solar panel, this ceiling fixture is surrounded by lush greenery bringing freshness in your home. The chandelier is based on LED energy saving technology. The lush greenery surrounding the chandelier also helps in removing the toxic compounds from air like formaldehyde, benzene etc. The photovoltaic cells provide energy to the 6 watt LED lamps and nourishment to the plants. 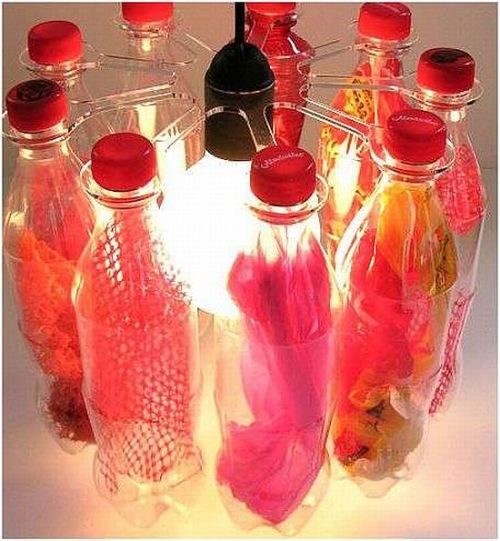 Designed by WT designers, the product is manufactured out of soft drink PET bottles. The lamp is hanging and colorful. It is one of the best approaches of sensibly utilizing the non-biodegradable plastic waste. 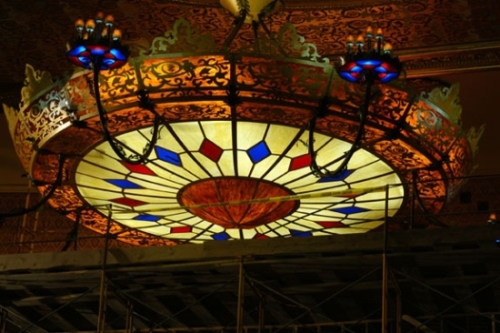 Meyda Tiffany Chandelier, hanging inside Stanley Theater in New York is the worldâs biggest chandelier made out of 328 power efficient LED lamps. Based on the latest OLED technology, this chandelier consumes only 1120 watts of power. Saving up to seven times of energy, it ranks high in terms of energy efficiency and durability. 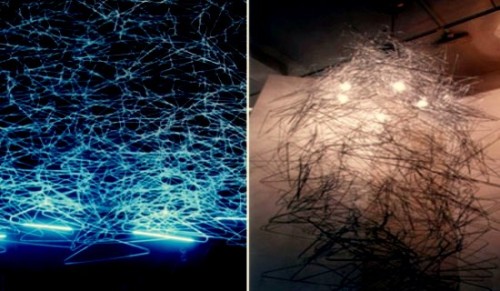 Designed by Ali Siahvoski, this chandelier has been manufactured out of recycled old hangers. The design is mysterious and eccentric which is bound to scare people off. 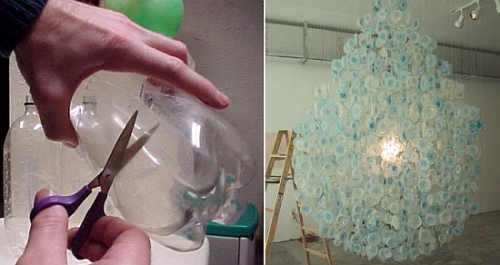 Being abstract and erratic in design, this chandelier is manufactured out of old plastic bottles. The plastic bottles have been cut and pasted together in an abstract shape of a lamp.