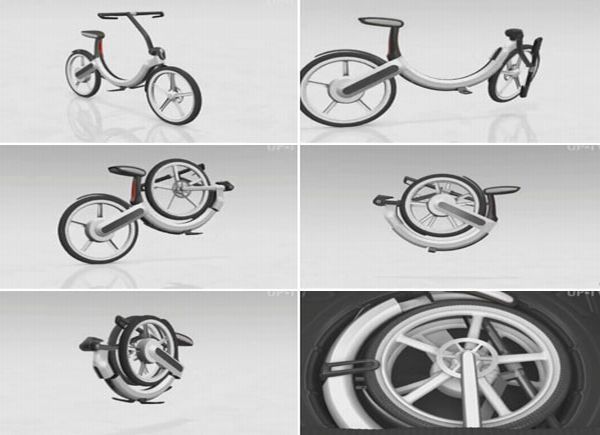 Are you sick and tired of traffic congestion? You can always beat the traffic with the folding electric bikes. Yes, it is true! These days there are several folding bikes available in the market which can be stored in the boot of your car. These bikes are eco friendly because they are powered using clean sources of energy. Here is a list of 10 folding electric bikes designed to fit in your car’s boot: 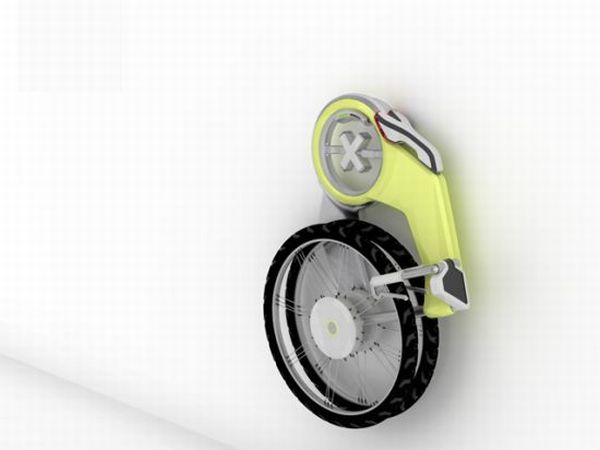 The folding electric bicycle is designed by Thorsten Wickert with an aim to ease transportation. This foldable bike can be stored in the boot of the car and you can also carry it easily into an elevator or a narrow stairway. The pedal unit of this bike features the folding mechanism and this unit is used as the center of rotation. This bike lacks mechanical drive unit and whole work is carried out by hub motor. The battery gets charged by the movement of pedal. 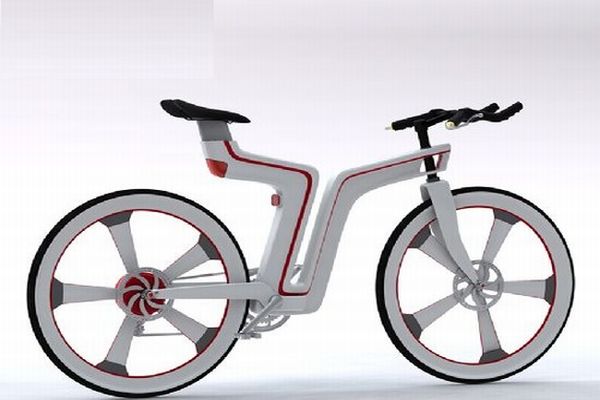 This hybrid electric bicycle is the brainchild of designer Timothy Daw, who has designed it in order to increase bicycle commuting and reduce traffic congestion. In this foldable and eco friendly bicycle the power of the pedal is backed with electric propulsion. This bike features a rechargeable battery pack made up of two lithium-ion batteries. The range of this battery system is 75 miles. The battery back is fitted in the rear end. The output of the electric motor is 250W.

Batribikeâs Micro is a lightweight folding bike with a cool and stylish design. This electric bike is completely eco friendly. The weight of this innovative bike is just 21lbs. Powered by an electric motor, this bike features rechargeable lithium battery and it is easily transportable. The alloy frame of the bike has been used to carry the battery. This bike can touch a maximum speed of 12mph. The front portion of this bike features LED light. Priced at $970, this folding bike is definitely an innovative piece of designing. 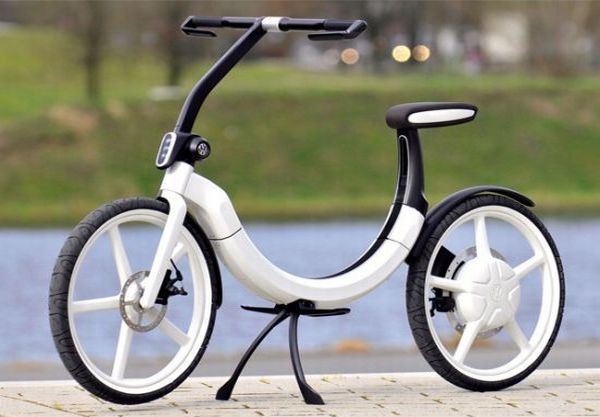 German automaker Volkswagen is renowned for manufacturing powerful cars and in 2010 the company released its first folding bike powered by electric motors. This all-electric bike can hit a maximum speed of 12.5 mph. The range of this bike is 12.5 miles, which means that it can be used for short distance rides. The battery used in this folding bike can be recharged using both DC and AC current. 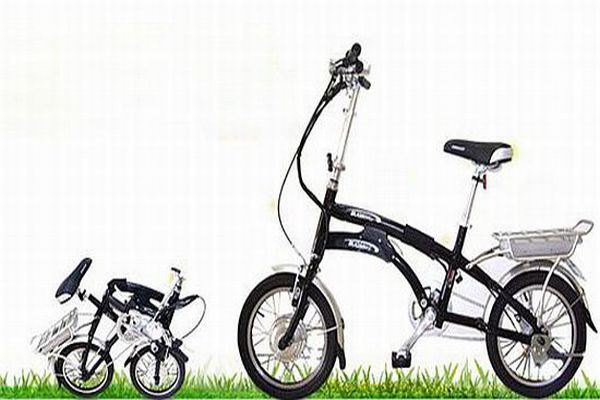 The Urbanlit-e 1603 is an all-electric folding bike designed and manufactured by a Chinese firm. Priced at Â£646.25, this innovative and stylish bike features a motor, which is powered by a 36V lithium battery. The range of the battery is 35km and it takes 5 to 7 hours for full charging. This bike is easily transportable because it is foldable. 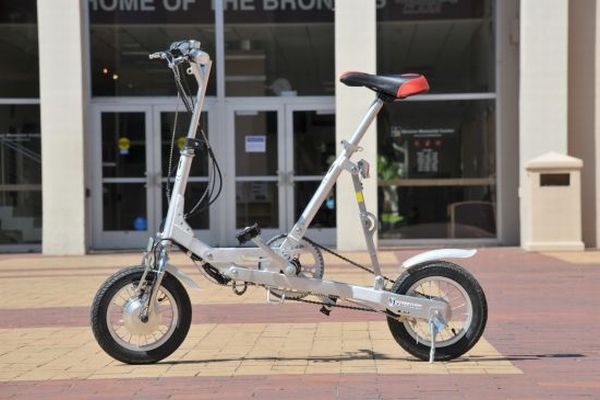 VeloMini is a strong and sturdy foldable electric bike weighing just 31 lbs. This bike features a 24v Lithium-ion battery which takes 3 hours for full recharge. The output of the electric motor used in VeloMini is 180 watt. This folding bike can hit a top speed of 12 mph. With small wheels and normal brakes, this bike is easy to ride. The price of VeloMini is $995. 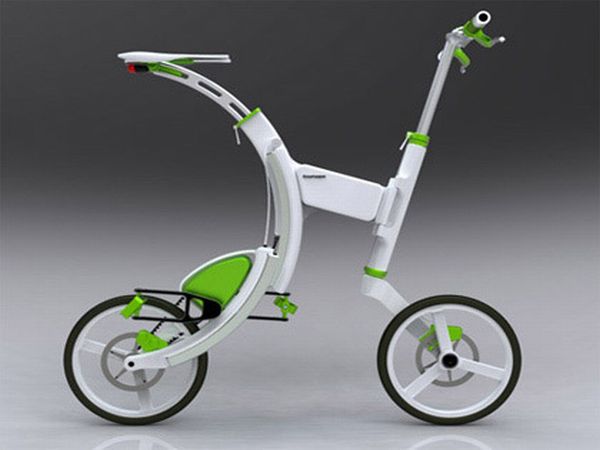 Designed by David Goncalves Scarab, the GrassHopper is a folding bike powered by an electric motor. This bike is perfect for those who want to do their bit for environment by using eco friendly mode of transportation to cover short distances. The battery used in this bike gets charged by using the energy from pedaling and braking. This folding bike can also be used for exercising purpose. 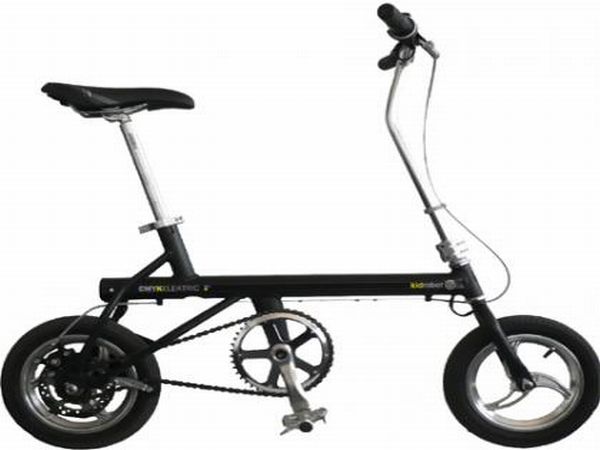 The CMYK folding bicycle is an eco friendly bike because it is powered by an electric motor which derives energy from rechargeable battery. Designed by Manuel Saez, this bike is easy to carry because it can be folded to be carried in a bag. The battery can be charged by plugging it to an 110V electric outlet. 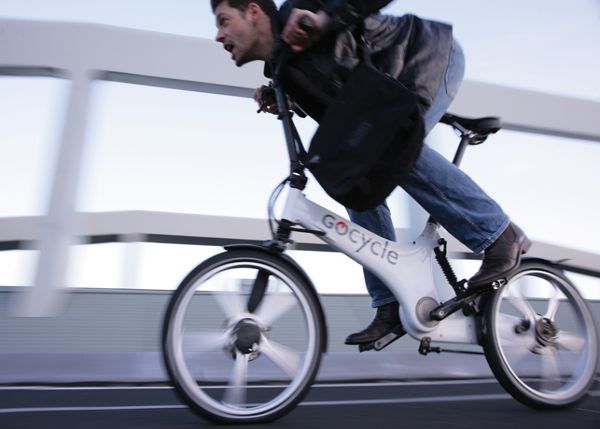 Designed by automotive engineer Richard Thorpe, the GoCycle is regarded by many as the most modern folding electric bike available in the market. This bike can touch a high speed of 15mph. The rechargeable battery used in GoCycle needs less than two hours to get fully charged.

10. Urban electric bike folds to slip in your carâs boot 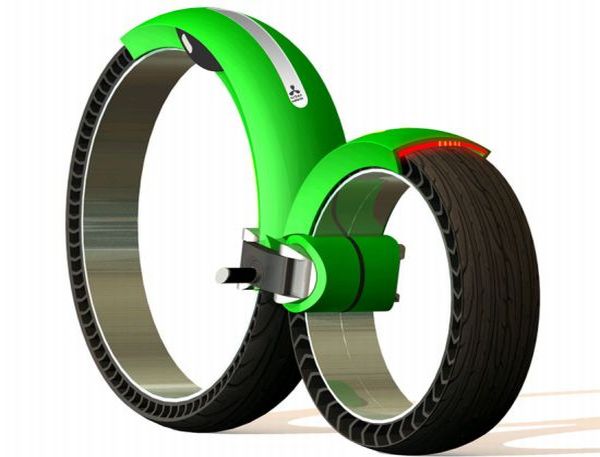 Israeli designer Yarel Yair deserves credit for designing a folding electric bike named âUrban bike.â This bike is easily transportable. The design of this eco friendly bike is clean and uncomplicated. This bike is powered by an electric motor.