Petroleum based fuel or conventional fuel is not at all sustainable or environment friendly, do not biodegrade easily, and are rapidly getting depleted. The world has to start using fuel which is effective yet safe for the planet and is renewable. Scientists are working with materials which were considered waste and dumped in the garbage bin, such as grass clippings, vegetable oil and wood chips. Solar, wind and geothermal energy can be treated as fuel for heating up homes and office. Take a look at this list of environmentally friendly fuels which you can use and support. 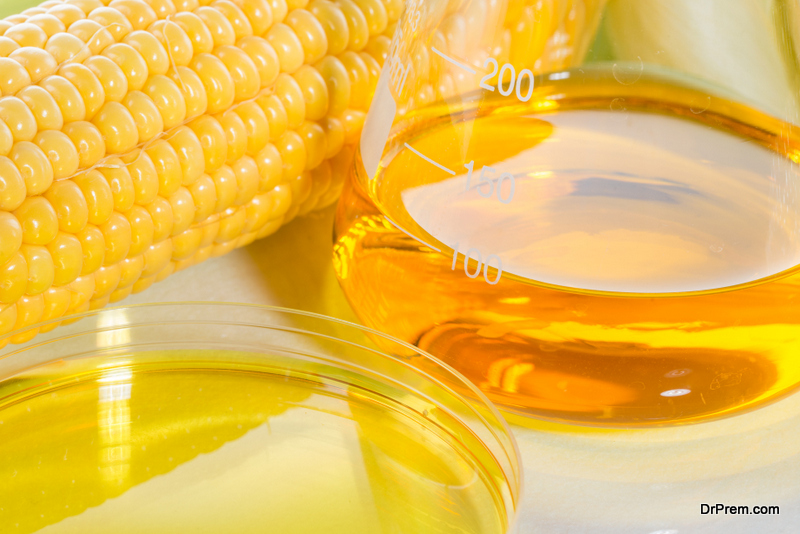 Ethanol is one of the promising sustainable fuels. It has lower emissions, thus contributing less to air pollution, smog as well as global warming. Alternative fuels such as ethanol are not derived from fossil fuels, but from renewable sources. It is made by fermenting then distilling crops like barley, corn or wheat. After blending with gasoline, the octane levels increase and the emissions quality also improves.

Though the materials are renewable, making it one of the best environmentally friendly fuels, the subsidies that are given to crops to farm for ethanol have led to negative impact on the same crops’ food prices and availability as food. 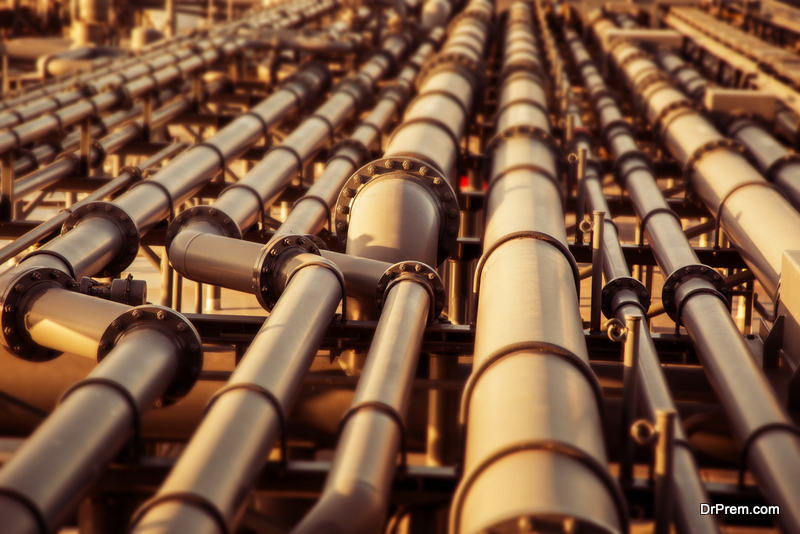 The technology developed at the US’s Department of Energy Oak Ridge National Laboratory was scaled up by the company Vertimas LLC to transform ethanol into the fuels which are suitable for shipping, aviation and other fuel heavy applications which can compete in terms of price and quality to conventional fuels while retaining the environmental benefits.

Ethanol is converted into blended hydrocarbons, which can be added to diesel and gasoline fuels to reduce their greenhouse gases emissions. The new tech is called the CADO or Consolidated Dehydration and Oligomerization.

Advanced biofuels promise to be carbon neutral, clean burning fuels which can be delivered through existing pipelines. The advanced biofuels can also be blended with 20% petroleum derivatives for aviation, but even after blending it was found to have less emissions. 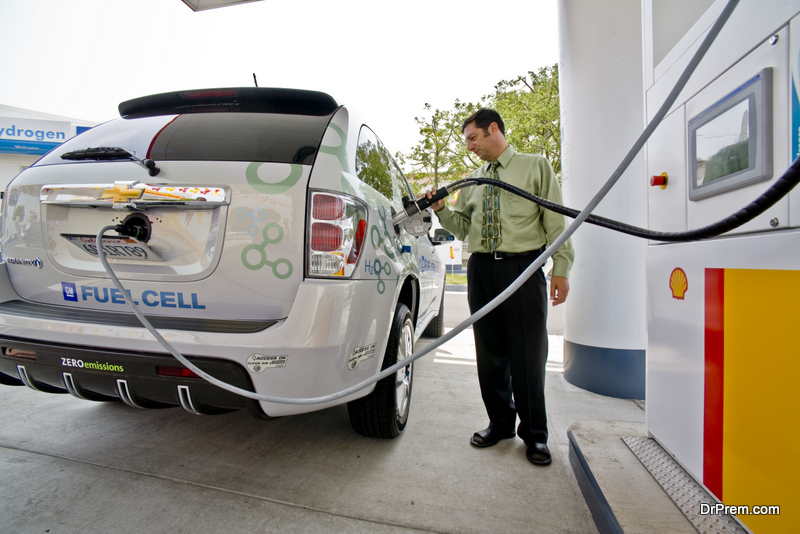 Electricity derived from renewable sources is the greenest alternative fuel around. This kind of electricity can be generated from solar, wind and geothermal energy. Wind and geothermal energy or fuel can be used for heating or cooling of homes rather than conventional electricity. But solar power can and have been used to power vehicles. Fuel-cell vehicles that run with electricity are powered by the reaction of hydrogen and oxygen combining. Solar or fuel cell generated electricity is one of the best alternative fuel options. 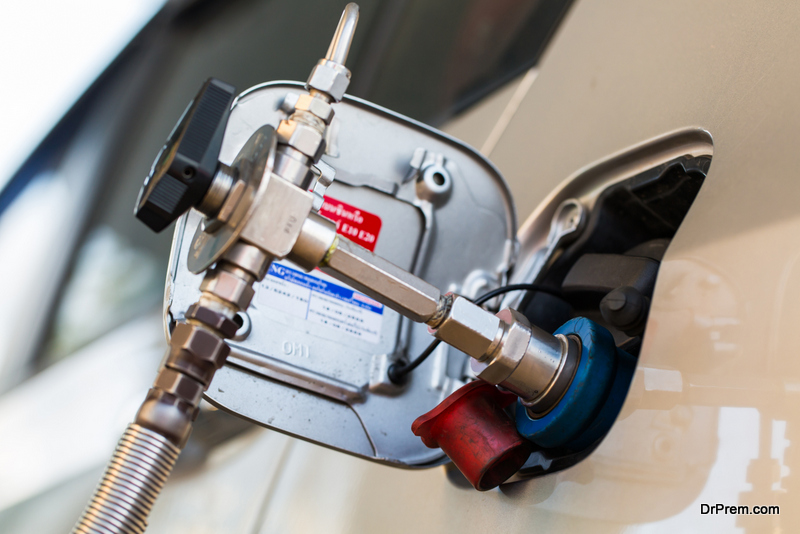 Natural gas, another alternative fuel, which burns cleanly, is one of the greenest alternative fuel already available to many people in many countries. It is also known as CNG or compressed natural gas, which has very low emission rate thus contributing very little to pollution. It has found favor with the masses due to its affordability. But one of the major drawbacks of natural gas is that the production as well as transportation process produces methane, which is a greenhouse gas that is 21 times worse than CO2 in terms of global warming.

Biodiesel is another eco-friendly fuel which is produced from edible oils such as the french-fry grease, or other edible oil residue. It is a complex process and you can’t just pour the grease into the oil tank! Scientists have been experimenting with vegetable oils and animal fats and converting them into biodiesel, as an alternative for petrodiesel.

In the US, biodiesel production has reached 30 million gallons every year. It is used in state, federal and transit fleets, in tourist boats and marinas as well as launches. It will perhaps also be used in areas where workers are exposed to diesel fumes, such as near the aircrafts.

Biodiesel is made by mixing used edible oils with an alcohol such as ethanol, along with base liquid. It takes several hours to convert the mix into glycerol and biodiesel. Then the resulting product is allowed to sit for days so that they can separate into retrievable, sustainable fuel option.

A better process has been developed recently which is less expensive, faster and produces a high grade fuel. A catalyst is used in the process developed by Dept. Of Energy Idaho’s Fox and Ginosar. As the solvent is constantly recycled, it is left out of the resulting product which leads to the higher grade of both the glycerol and biodiesel. 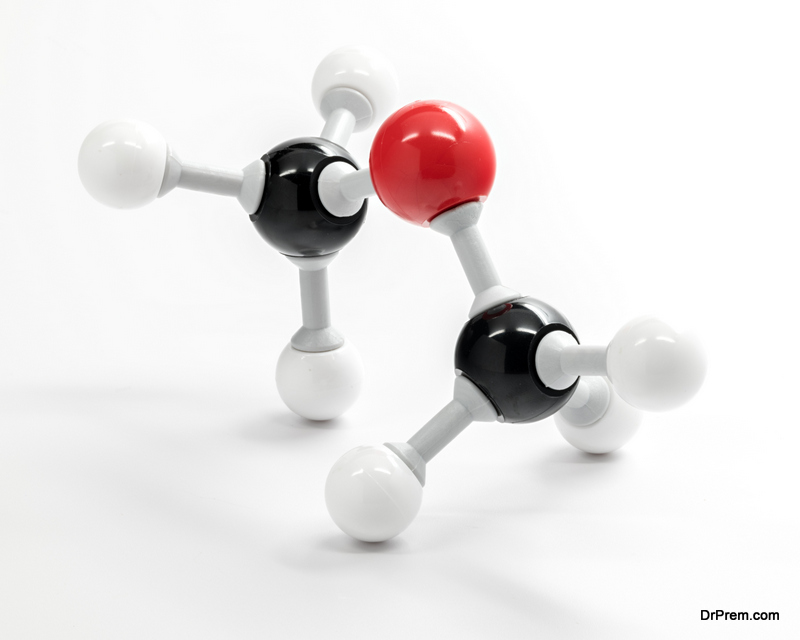 DME replaced the fluoro-chloro carbons in the spray cans first and now Penn State University researchers are working to make it into a viable green fuel option. DME was found to have lower nitric oxide and carbon monoxide emissions than the fuserachersel, which is available commercially.DME is usually produced from the alcohol methanol but if it is produced from natural gas or coal-derived syngas, then it might make this sustainable fuel option a cleaner fuel option for many uses. Right now, the production is limited and the distribution infrastructure has to be vastly improved. 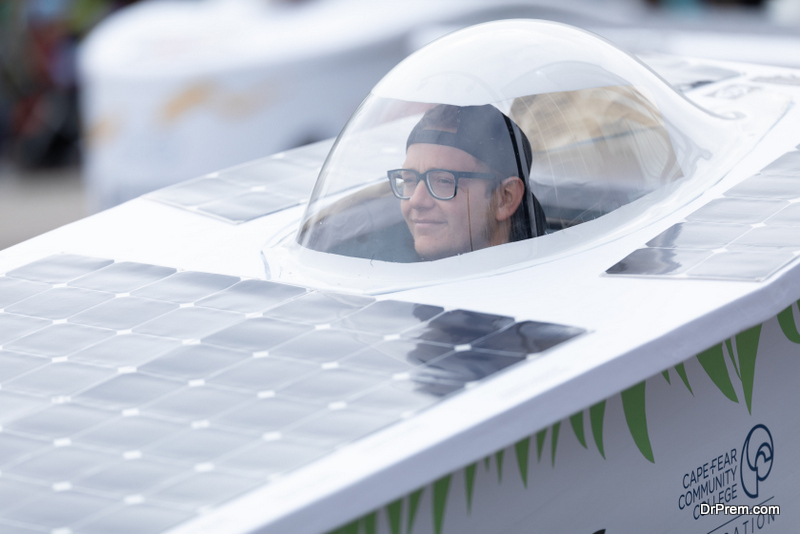 Solar is probably the greenest fuel ever. Solar panels capture the incoming solar heat/radiation placed on top of the vehicle. The sunrays are converted into electricity which is stored into the batteries. Electric motor of the vehicle draws the energy from the batteries and moves the car.

The drawback is that the vehicle requires sunlight to function and on cloudy, sunless days, solar electricity cannot be generation. Additionally, solar vehicles have to choose between the top speed and the distance that they can reach. Solar cars can travel all day at a slow speed or go for higher speeds over short distances. Once the researchers are able to get the tech right, solar fuel could be the best alternative fuel out there, in terms of emissions, but we still have to contend with the battery waste. 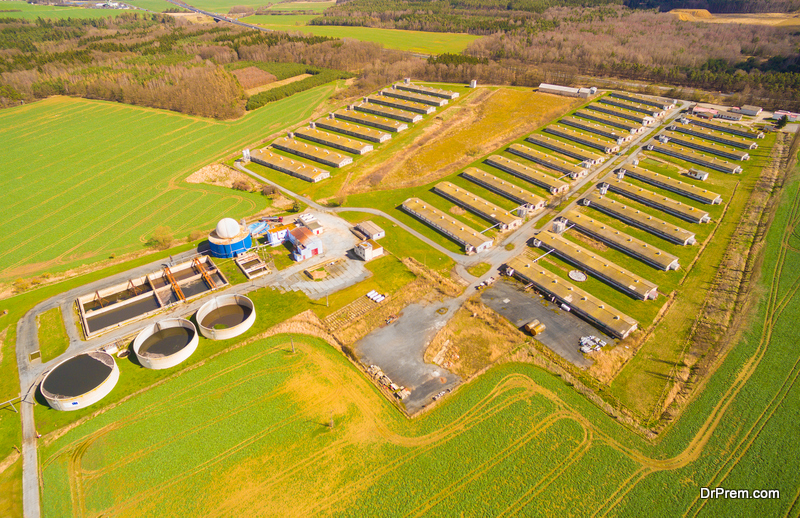 Biogas is produced by processing organic waste or crop residues. It is a renewable fuel option as crops can be grown specifically for energy/fuel recovery. Sugar beet and maize are the crops which are mostly used for deriving biogas. Biogas can thus be produced indefinitely as it not produced from fossil fuels. Another advantage is that biogas can also be fed back to the grid. Though care has to be taken to maintain the quality and purity of the gas. 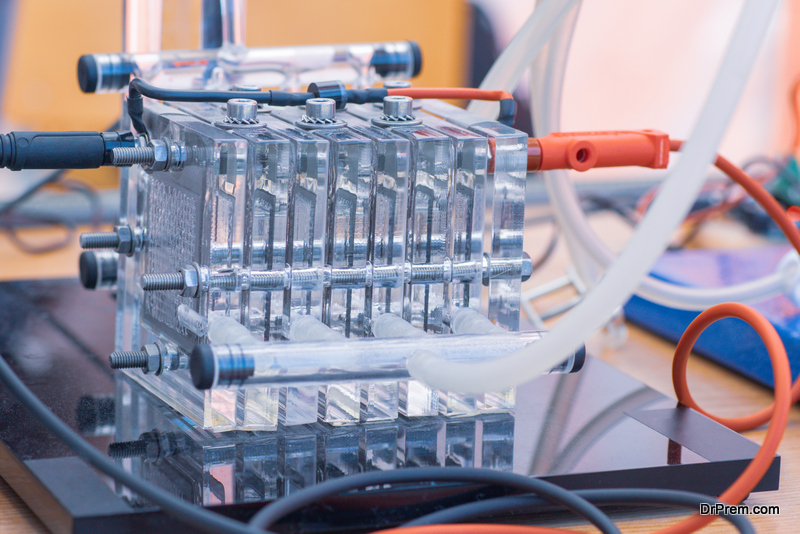 Hydrogen has two major uses when it comes to alternative fuel. When mixed with the natural gas, it can be an eco friendly fuel which can be used in specific internal combustion engine. Hydrogen is used in fuel cell vehicles which run on the electricity produced by petrochemical reaction which occurs when the oxygen and hydrogen are combined in a fuel stack. The cost is extremely high right now, and the infrastructure to deliver the fuel is not in place either. 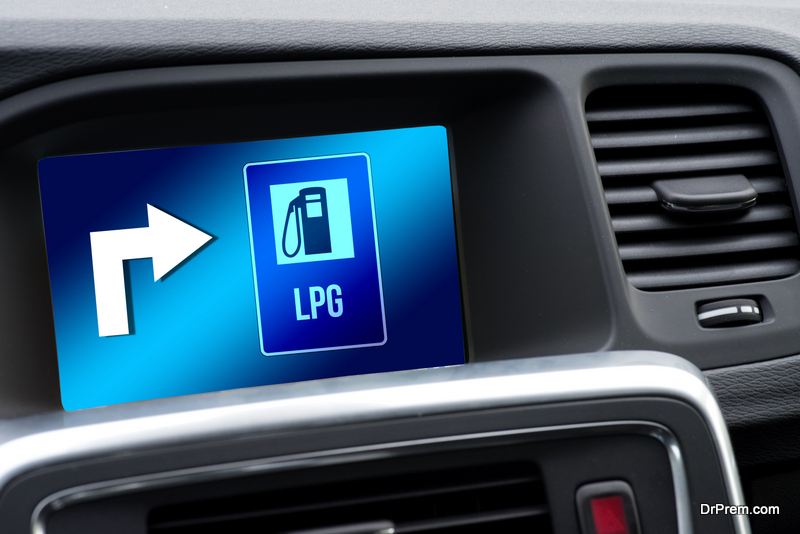 Better known as LPG, Liquefied Petroleum Gas is the byproduct of processing natural gas, and refining crude oil. It can be used as fuel for heating and cooling and is also popular as alternative fuel. Propane produces lower emissions than gasoline and there’s a highly developed infrastructure for the storage, transport and distribution. The production of propane creates methane however, which is a major drawback. 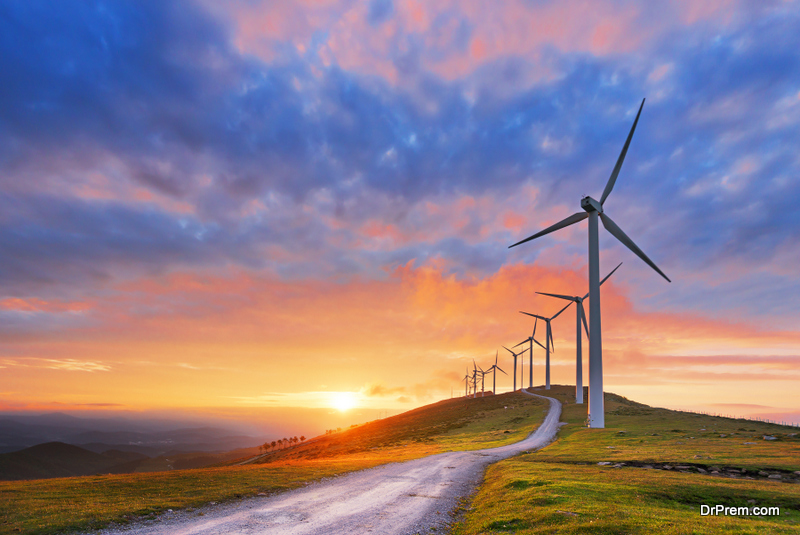 Wind energy is produced through wind turbines which are placed in high-wind places such as the shorelines and the deserts. In areas where the wind is high, it has been found to be the source that generates the largest renewable electricity. Almost every state in the US uses wind energy.

Farms and ranches are often the choices for placing the turbines, as the open spaces happen to experience a lot of wind. The wind energy generation plants provide income to local people who might be struggling financially. But sometimes, farmers/ranchers refuse to place wind turbines in their property due to the unsightly turbines reducing the aesthetic value of the farms.

Running the power lines from rural windfarms to cities has a high cost attached, and the noise of the turbines is another drawback. But the main drawback is the storage of wind electricity by the end consumer. Right now, it is mostly used as and when it is produced. Some companies are in the process of developing storage for the wind electricity by ice/thermal battery, molten salt or air compression. 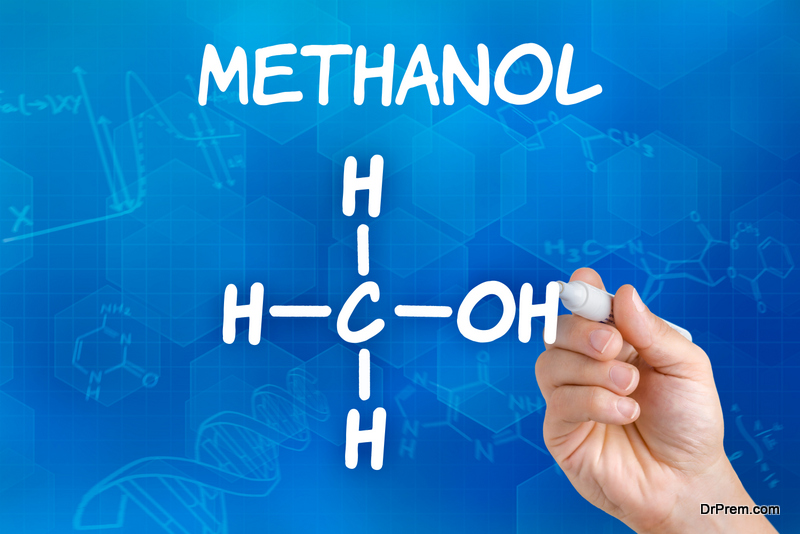 It is called wood alcohol also, and was used in flexible fuel vehicle as M85, which is a mix of 85% methanol and 15% gasoline, but automobile manufacturers have stopped producing methanol fuel vehicles. However, this fuel could possibly be used for other purposes in the future, such as the source for hydrogen in fuel cell cars. 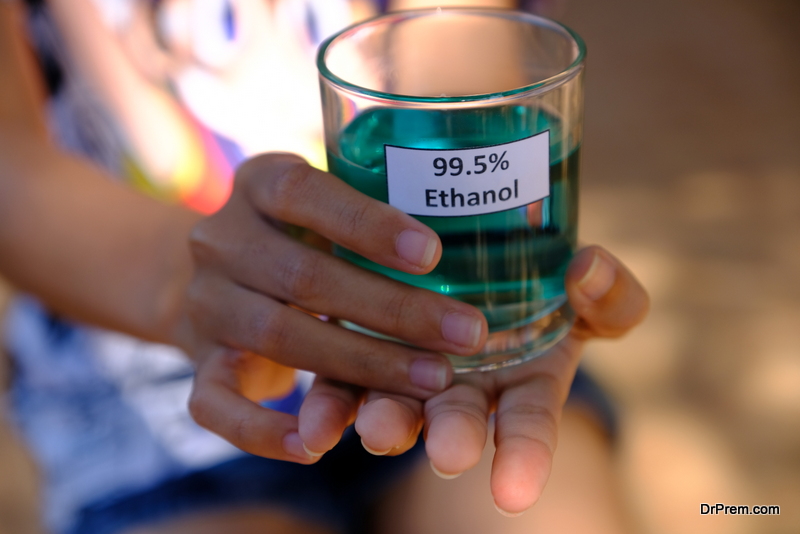 P-Series fuels are a mix/blend of natural gas liquid, ethanol and MeTHF or methyltetrahydrofuran, which is a co-solvent produced from biomass. P-Series fuels are high-octane, clean fuels which can be used safely in the flexible fuel cars. The P-Series fuels can be utilized mixed with regular gasoline in any kind of ratio or alone (simply putting it into tanks). The main drawback – manufacturers are not making any flexible fuel automobiles.