The earth is such a complete system that all the creatures are inter-dependent on each other. It thus comes across as no surprise that the threats faced by one affect the other. With the changing world and changing lifestyle some of the smaller creatures that were dependant on the previous setup for survival face a threat. The house sparrow population is among one of those creatures that slowly and steadily face the extinction threat. In this article we will try to discuss the reasons behind the decline and try to find some ways to help their numbers grow. It is after all only a peaceful co existence of all creatures that will help in saving the planet.

Some important reasons behind the decline of sparrows

Apart from this, the new houses also have smaller roofs and many do not even keep a ventilator anymore due to air conditioning. This is the most important among the reasons behind the decline of sparrows as they have been rendered homeless with no place to build their nests.

How to save the sparrow and improve its condition? 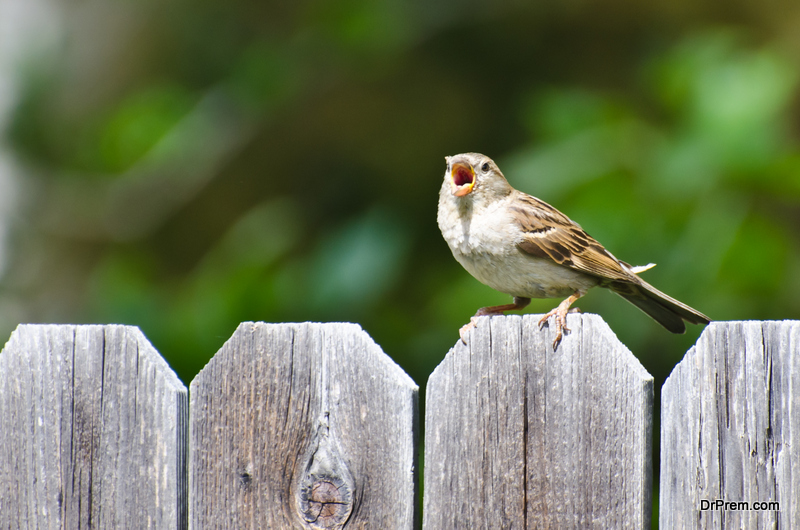 The situation is so grim that unless there is a significant human intervention there would be no betterment in the condition of the sparrows. To help solve the problem of house sparrow disappearing certain things can be paid attention to. For instance you could start off with providing some grains and a bird bath for the sparrows to rehydrate themselves and have a good drink and a small meal. If you start with this practice soon more and more sparrows will flock to your house and with this small step you will have helped a significant sparrow population.

Provide nests and other natural conditions: We saw that the habitat loss was among the main reasons behind the decline of sparrows. To solve this problem you can keep some holes while building your house. If that is too much of a problem, you can also make the artificial nests which will house the sparrows. The sparrows are known to breed four times a year and if by some means we can help the next few generations survive the sparrow species would surely escape the threat of extinction. The growing of plants which are native to the place too can be of great help and locally in your garden or yard avoid using insecticides so that the sparrow chicks can get their meal.

We hope that this article was insightful and you learnt the reasons for the house sparrow disappearing. In your own little way try to do your bit for these small birds so that your next generation can once again wake up to the chirp of sparrows. Since you know all about how to save the sparrows it is time to implement them so that the sparrows are not wiped out from the face of the planet.