A lot of emphasis is being placed on solar powered vehicles for the past few years. With a lot of solar powered cars and scooters already in production, it would only be natural for one to expect a shift in attention to the next mode of transport; water, as well as boats that can use solar power to tread across these waters in a silent and environmentally friendly manner. As such, here are 6 such solar boats that made waves worldwide when they were launched and continue to remain a source of inspiration for later models. 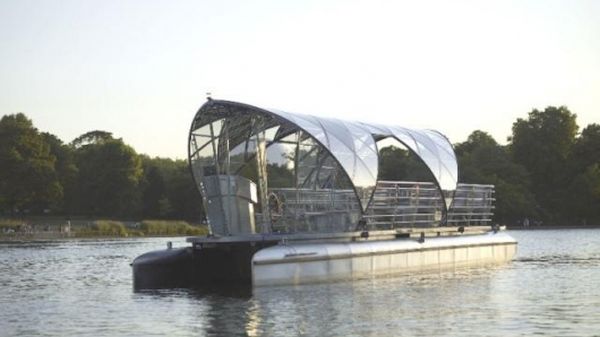 Launched in Britain in 2006, the Serpentine Solar Shuttle is a boat that runs entirely on solar power. With a capacity to carry 42 passengers at any one time, the boat features metal seating and wood plank flooring to give off a neat, nautical vibe. The spacious interiors allow plenty of natural light and air in, thus facilitating smooth sailing as the passengers enjoy panoramic views of the surroundings. The solar powered operation also ensures a very low hum rather than the noise produced by a fuel engine. At present, the Serpentine Solar Shuttle operates as a tour boat on the 40 acre Serpentine Lake.

The current Guinness World Record holder for the fastest transatlantic crossing ever, the Sun 21 Solar Boat runs entirely on solar power and features a sleek structure that is 6.6 meters wide and 14 meters long. The boat utilizes the power derived from the on board solar modules and batteries to achieve a constant speed of at least 12 km/h (the average speed of a fully functional sailing yacht) throughout the day.

Deemed to be the world’s biggest solar powered boat, the PlanetSolar was designed in 2012 by Craig Loomes. The catamaran’s debut trip featureda journey around the world on nothing but solar driven power. If that was not enough to garner attention, the PlanetSolar has been an active participant of many eco-friendly initiatives of late. This would include the more recent one organized by the Waste Free Oceans Foundation to help reduce the amount of waste littering European waters by 2020. 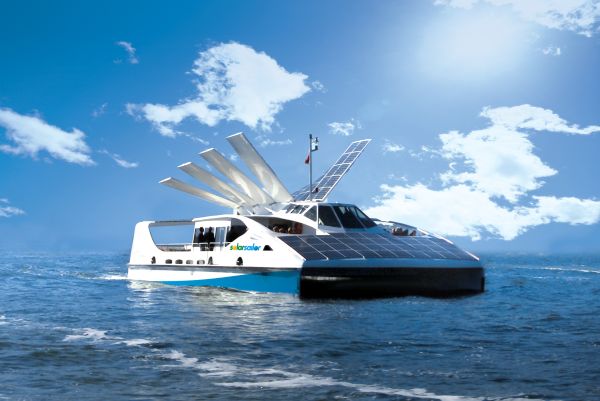 The Solar Sailor is a hybrid catamaran that uses not only fossil fuels and solar power, but also wind power to move. The design features solar wings attached to the top of the boat. These solar wings are in fact solar panels that can be adjusted to capture the sun’s rays and generate power, as well as oriented towards the direction of the wind to catch it and generate power. The two sources can either be used individually or simultaneously depending on the weather conditions. Able to work perfectly in 40 knots of winds, the solar wings simply fold down if the winds become too strong.

The Hydroptere Sailboat is a solar powered vehicle that holds the record for the fastest transpacific speed. The highlight of the boat is its ability to actually hover over the water (by at least 5 meters) while traveling. This is achieved by a buoyant thrust created by the clever adaption of aeronautical engineering and advanced technology in the vessel’s design. While the body of the boat is made of carbon fibers and other composite materials to minimize resistance, marine wings aka foils help the boat reach speeds of 45 knots in just 10 seconds. 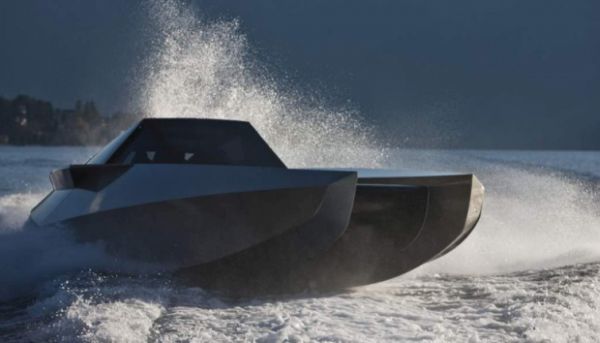 Designed by Swiss based Code XAG, the Code X Yacht is a futuristic yacht design that features a perfect blend of solar power panels and Formula 1 machine technology to achieve very fast speeds. The slim design of the boat reduces drag while the solar panels enable it to sail anywhere where there is plenty of sun.

With eco-friendly vehicles ruling the land and skies, it is only but natural for similar vehicles to start hitting the water. From featuring solar powered engines to other eco-friendly features, these solar power boats are definitely worth waiting for.