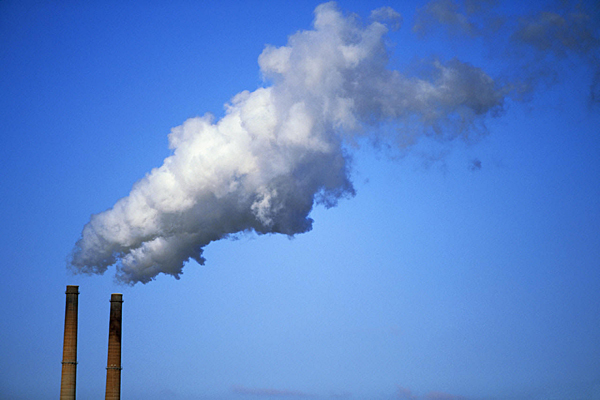 While we walk through the past to enhance our achievements over the years, we realize that with the evolution of man at every stage of civilization leading to success, growth, and development man has created a niche of self destruction for himself in the form of global pollution problems resulting in major health hazards.

Industrialization in the form of mining, radioactivity etc. has resulted in making our lives more susceptible to environmental pollutants. We might have managed to touch the sky with our innovations and achievements in the field of science and technology, but nevertheless, it would not be wrong to say that we have succumbed our lives to the smokes of pollution.

Here is a list of seven worst pollution related problems:

Research proves that the most hazardous risks of pollution are faced by miners and their families who work day in day out at gold mines, where special toxin metals rich in mercury are used to capture the gold bits from its rudiments. In the process, mercury even enters the lungs of these poor workers who, suffer from brain damages even leading to death in most of the cases.

Another major role in enhancing pollution related problems is played by the recycling of old lead batteries from cars. The reuse of these lead acid batteries leads to an increase of lead content in the blood in multitudes, resulting in lower intellectual standards and other brain diseases. The intelligence quotient of the workers involved in this particular job drops drastically, far beyond normal standards, due to the lead poisoning in the blood.

We seldom realize that a lot is lost by air pollution in homes resulting from cooking. Somewhere in China, a young girl brought this shocking reviews in the limelight saying that her parents used to cut 30 kgs of wood everyday in order to fuel their cooking stove. Not just this, in the absence of proper funneling of the resulting smoke into the outside air, their lungs would get choked with harmful fumes and the walls of their house were blackened by years of accumulated smoke. As a result we see that apart from air pollution, we even end up deforesting our surrounding for household cooking.

Industries having coal fired power plants for metal smelting and processing emit a mixture of smoke and other poisonous gases rich in nitric oxide and nitrogen dioxide called smog. Also known as ground level ozone, this emission of smog forming gases leads to invariable heart diseases, ultimately claiming the lives of thousands associated with it.

Sanitation has always been a major issue especially for the rural class. With the diminishing sources of supply of running water, flushing of human wastes has become an inevitable problematic issue. Surveys reveal that lack of civic sense resulting in untreated sewage kills 6,000 children every day. Diseases like diarrhea, cholera, tuberculosis and malaria erupt and spread rapidly as stagnant and dirty water is the breeding ground for all these ailments.

The most powerful nation of the world, viz, U.S.A., is keen on inventing new nuclear reactors which can fight sudden climatic changes. Other developing nations also contribute to a great extent in radioactive inventions and nuclear repository. These radioactive wastes contain huge quantities of uranium, plutonium, and other actinides which are dumped in large stretches of water bodies, contaminating surface as well as ground water. Also known as colloids, these harmful iron oxide particles get attached to the surface of ground water electrostatically. When used by humans for their ablutions and other household activities, this ground and surface water leads to alarming health disorders.

7. Chromium in drinking water is carcinogenic

According to toxicologists, chromium, as a residue of industrial wastes, can cause cancer. Huge quantities of industrial wastes are dumped into the water bodies and when these toxic chemical spills get mixed with drinking water they become cancerous. Chemical waste dumps which are rich in volatile organic compounds lead to acute health problems for humanity as a whole. The global health impact is drastically effected by these toxic pollutants resulting in adverse effects on our health.

Our scientific inventions and developments have no doubt given a new definition to our existence but we as responsible individuals should collectively fight against the health hazards caused by pollution to make this world a better place to live in.