Solar power has become mainstream now, with many companies who take care of the installation and maintenance. PV (Photovoltaic) cells have become very cost-effective, which has made solar installation comparatively inexpensive too. Adopting solar energy for the office will reduce your energy bill and you will be doing the environment a good turn too, by conserving conventional electricity. You could earn money by selling the extra electricity generated at your office to the grid. If you have any doubts and questions, this little guide may help you decide in favor of solar energy for the office.

Guide to install solar energy in your office 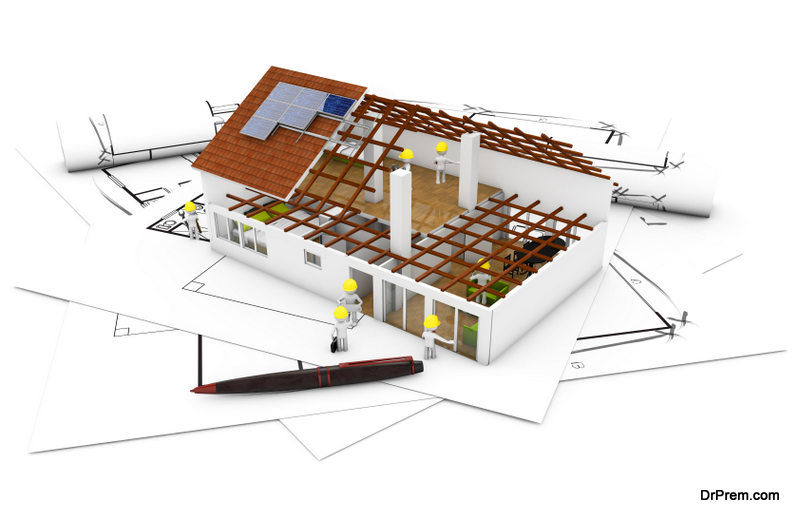 The first step would be obviously to see how much area you have. Calculate the area in sq meters or sq feet which would help to decide how big an installation you can have. You have to decide whether you want to install panels on the roof or on the ground. The way to decide on this is to see which area receives the most sunlight.

Other considerations are whether the area receives shade at any time during the day and whether the roof is structurally sound to take the load of the solar racks and panels.

Once the installation options have been thought through, you now have to calculate the amount of solar energy you would need for your office. This will let you know how many and what type of panels you have to buy. You might need to get the help of a solar installation company to do the calculation of panels.

Panels for commercial use are different than panels for residential use. As residences have very limited space on their premises to install solar panels, residential panels are smaller (around 60 cell) than panels meant for office/commercial spaces.

Commercially sized solar panels are made keeping in mind the bigger spaces for commercial use, so 72-cell solar panels are used. This means your installation cost can be lower because you would need less solar panels. Since the cost is low, it will be easier for you to transition to green energy and make your business a green business.

Typical electrical loads in offices include the lighting, fans, laptops, desktops, elevators, Servers, security systems, air conditioning, appliances, printers etc. Air conditioning loads vary according to the season, though it has to be constant for the server rooms. Workstations, security, lighting need continuous electricity for the smooth functioning of the business.

Depending on the needs of your office you have to decide on off-grid or on-grid system. One of the advantages of solar systems is that when the sun is shining, it can provide uninterrupted power. When you are calculating the load, you should consider the amount of load you require during the daytime, because solar power is generated in that time.

What are off-grid and on-grid systems? 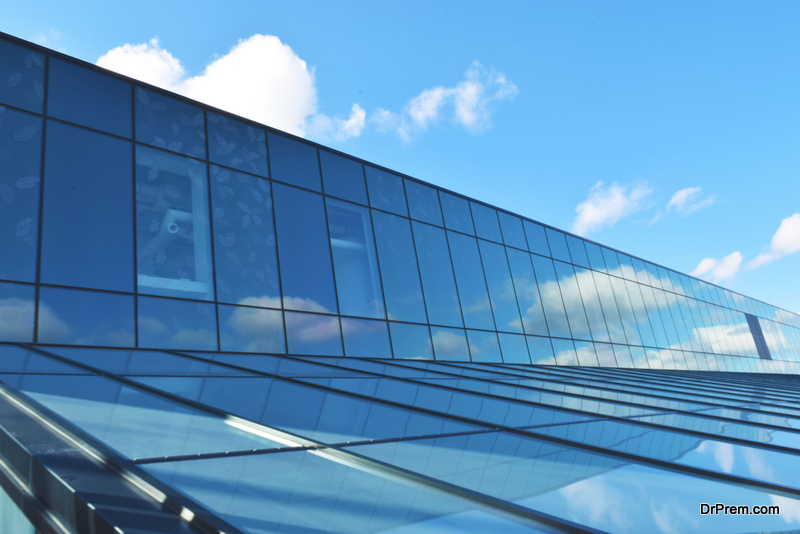 Off-grid solar installation generates solar energy and is independent system which is backed by batteries and is not in connection to the grid. In the daytime, the energy generated can run the appliances, and excess electricity is kept stored in the battery/batteries, which is used at nighttime. In commercial uses, off-grid solar installations are used for streetlights, traffic lights, billboards, telecom towers and so on.

Grid-tied systems are interconnected with your present electrical system. The solar electricity produced by your installation is consumed simultaneously, and if the energy you need is not being produced by your system, then the difference is supplied by the grid. The on-grid system can also be connected to diesel generators, invertors and batteries.

Decide how much you want to spend

After calculating the load, and finding out the area you want, the next thing to do is calculate the total money you would have to spend. This should include the panels to be installed, recurring costs for battery and maintenance, expansion potential etc. You might go to a few companies to get the right quote. 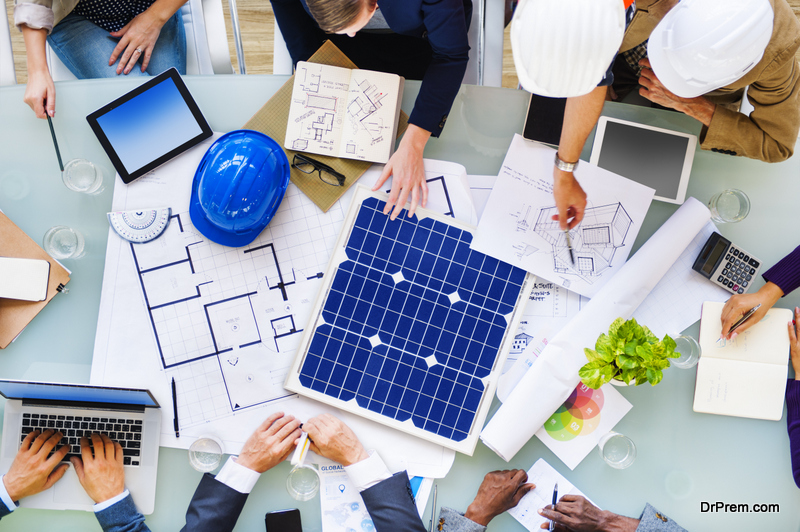 You have three kinds of inverters which are used for commercial solar power plant. Inverters are needed to convert the DC output from solar panels too AC. A 100 kW inverter may weigh around 1000 kilograms, so if the roof cannot support the weight, you will have to place the inverter on the ground, and connect the power to the office with cables.

Microinverters are usually 20% more expensive than other inverters but they are more efficient and safe. You may ask for a loan to finance your microinverter/optimizer.

Depending on your finances, space and scale, you can choose the type of inverter you want. 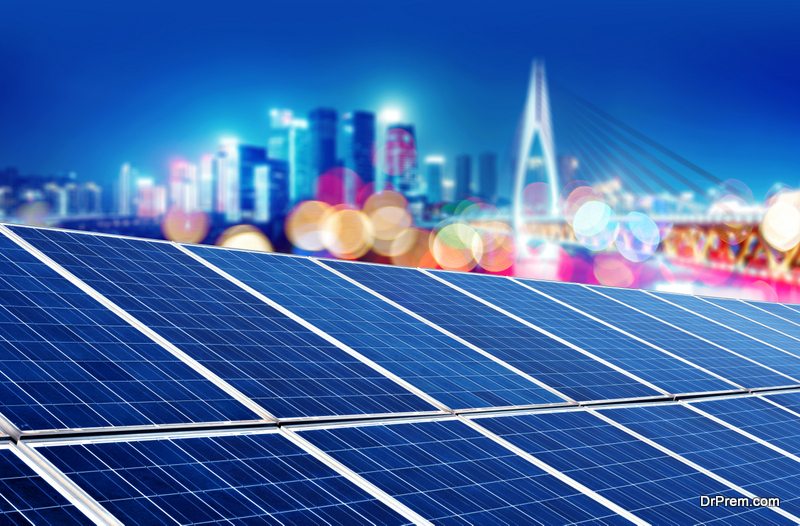 The next step to make your business into a green business is to call for bids from solar energy systems’ contractors. Ask them to visit your office and take a look at the space and work out the perfect system for you. Make sure that you use the services of reputed contractors who will give you value for money.

In India and other countries, governments offer many incentives such as capital subsidy, accelerated depreciation, net metering and priority sector lending.

It’s best to have an AMC to keep the system in good working order and have a longer life. You can also clean the panels yourself, but professional care is best.