A team of Dutch inventors has come up with what it calls to be a giant vacuum cleaner that can suck away the toxic fumes in the air and bring about clean air for everyone to breathe. The outside vacuum cleaner was recently unveiled at a conference held in Amsterdam, Netherlands and poses to be one of the first solutions of its kind for combatting air pollution. 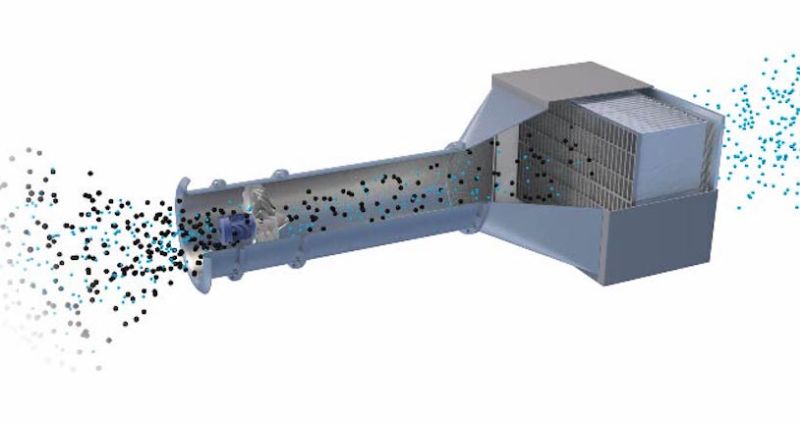 Unveiled by the Envinity Group, the giant industrial filter and vacuum cleaner stands at a height of eight meters. Constructed out of steel, the giant filter acts as a purifying agent when in operation, filtering out toxic particles from the atmosphere and producing clean, breathable air in the process. When placed on top of buildings, the filter can easily clean the atmosphere surrounding it, reducing the concentration of emissions from industrial combustion, fossil fuels and other pollutants, etc. to a great extent.

The filter will be able to suck in the polluted aka bad air from a radius of 300 meters. It can also suck in polluted air from over seven kilometers upwards. With the ability to filter out 95% of ultra-fine pollutants and 100% fine particle pollutants from the sucked air, the filter can produce over 800,000 cubic meters of breathable air in an hour.

A prototype of the filter that was tested recently by the Energy Research Center of Netherlands confirmed these results. In layman’s terms, the filter will simply suck in a large column of polluted air and make it clean, clear and breathable as it comes out of the machine.

The world has been facing a lot of trouble in the form of increasing emissions from different industries. It has been revealed that nearly 90% of the earth’s population is currently breathing bad air as a result of these out of control emissions.

According to a recent report published by the World Health Organization (WHO), nine out of ten people around the world are being exposed to these particles on a daily basis. This means nine out of ten people worldwide are at increased risks of developing the above mentioned conditions owing to exposure to poor quality air. Statistics also reveal that this is the same air that kills over six million people around the world every year, including 16000 Brits. It is this report that has alarmed governments around the world enough to sit up and take notice of the possible dangers these air pollutants pose for humanity in the long term. It is also what has initiated the movement of finding out newer ways to control air pollution.

Future Projects in the Pipeline 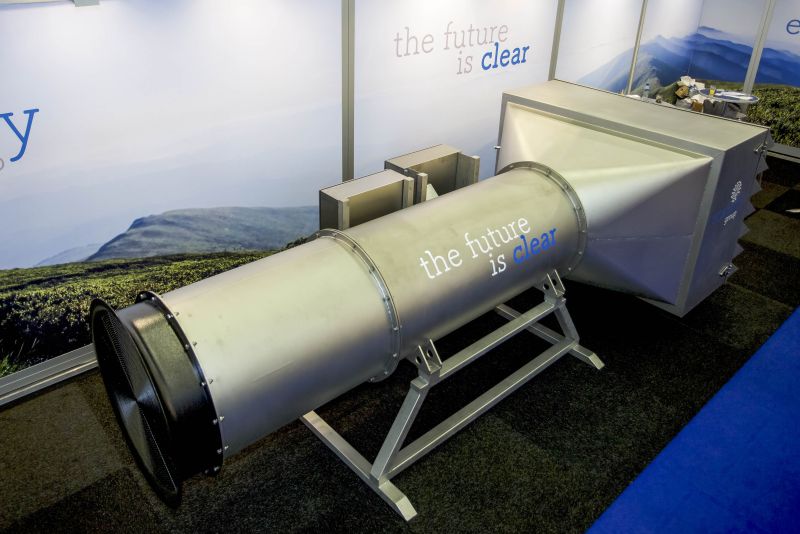 The Envinity Group has revealed that its project has already garnered the interest of many businesses, airports and governments around the world. The company has also revealed that it will work alongside these entities to protect the environment from the fine and ultra-fine particle pollutants which have also been dubbed as silent killers.

It is to be noted here that a similar air-purifying system was recently installed in Beijing with the purpose of cleaning surrounding air. Called the Smog Free Tower, the system collects the air blowing past it and filters out nearly 75% of the particulate matter in it. The system makes use of a patented ozone-free ion technology to clean up more than 30,000 cubic meters of air in one hour.

Dutch inventors have come up with a huge vacuum cleaner which they say can clean polluted air. Acting as a giant filter, this vacuum cleaner can be placed in and around industrial zones to remove the fine and ultra-fine particle pollutants present in the air.