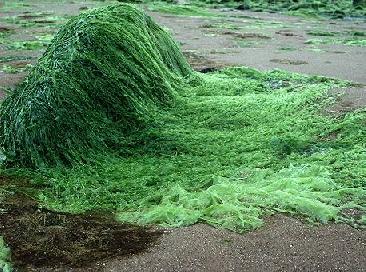 Algae join the tribe that naturally contributes to reduce global warming. The tiny, single-celled plant could transform the world’s energy needs and cut global warming, according to Dr. Isaac Berzin, a rocket scientist at Massachusetts Institute of Technology. While on one hand, billions of dollars are being invested into other “clean-coal” technologies, some small companies are speeding to create an even cleaner, greener process using the same slimy stuff that thrives in the world’s oceans.

Working on an experiment for growing algae on the International Space Station, Dr. Berzin came up with the idea for using algae to clean up power-plant exhaust. And if he could find the right strain of algae, he is confident to help turn the nation’s greenhouse-gas-belching power plants into clean-green generators with an attached algae farm next door.

Via: The Christian Science Monitor