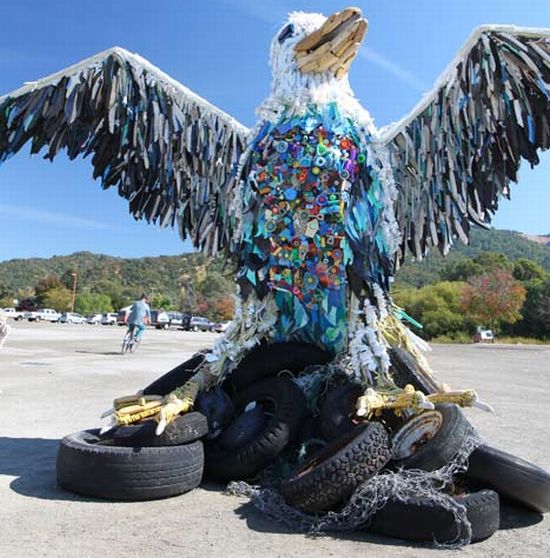 Bringing environmental issues to the fore using art a group of volunteers under Angela Haseltine Pozzi, artist and Executive Director of Artula Institute have tried to put the problem of plastic pollution in perspective. Working under a project called ‘Washed Ashore’ the team has crafted large sculptures of birds and animals impacted by plastic ingestion. 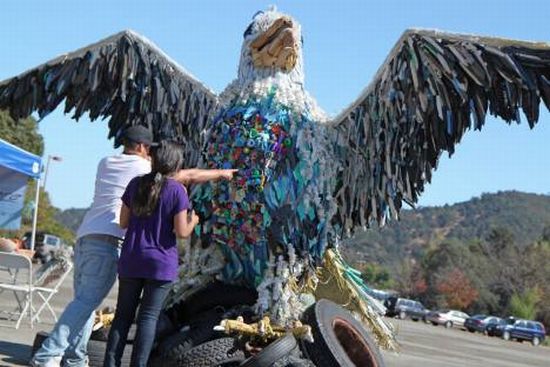 The bird in picture has been made from all forms of collected waste including flip-flop foam cut-outs, plastic ties, tires, ropes, pieces of toys and many other bits and pieces. Giving a clear idea of the scale of pollution the sculptures are currently on display at the Bioneers in the Bay Area of California. 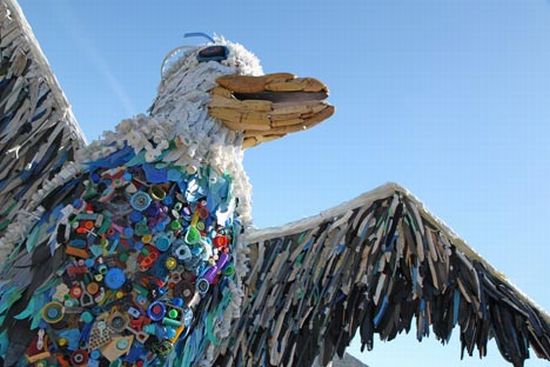 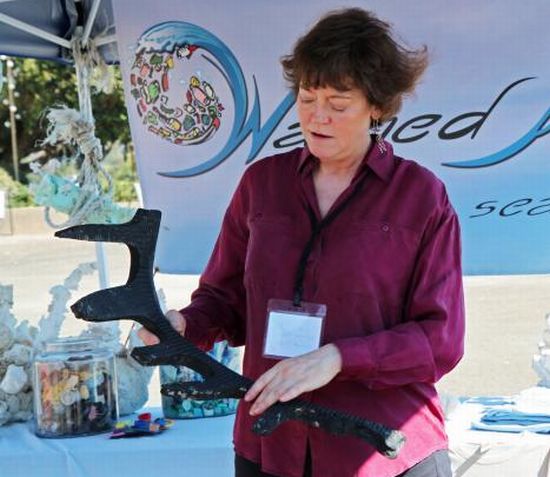 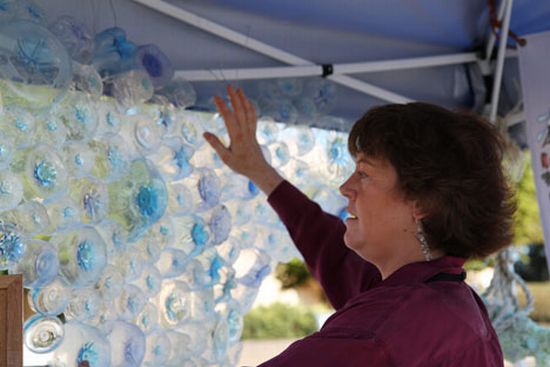 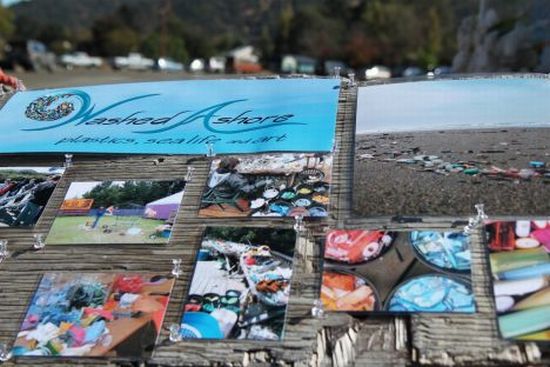