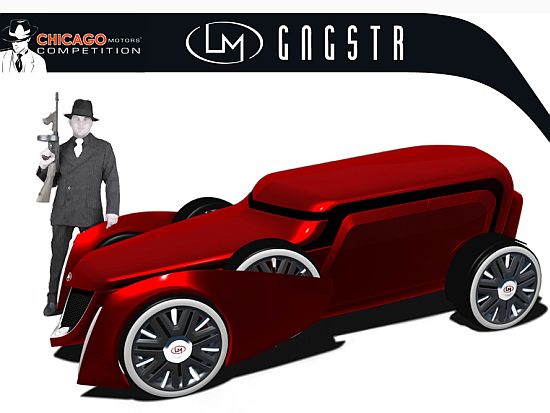 Portuguese industrial designer André Costa has conceived a biofuel-powered vehicle for gangsters who often need to delude cops and rush for shelter. As you may put the red wagon, dubbed as LM Gngstr, to other uses as well, you do not need to take me that seriously about its recommended use. The concept car was adjudged as the fourth best entry at the Local Motors: Chicago motors competition in January 2009. The car ensures maximum performance through its powerful, biofuel-powered V12 engine. 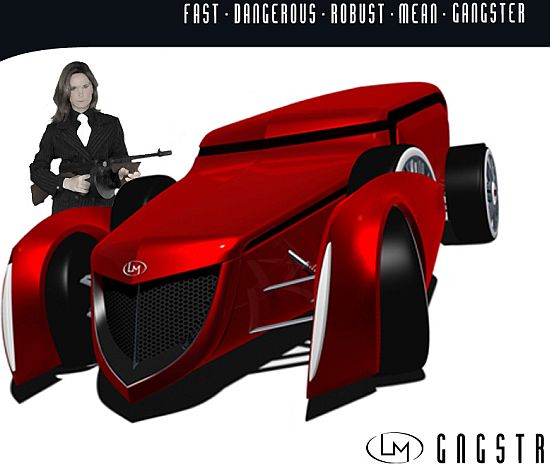 A slit-like window offers better protection to the gangster, while the extra tires on the outside replace the originals when latter are flattened. An easy truck access is there for ammo. Four wide doors allow vandals to get in quickly. They even don’t need to care about the casualties as the extra attachable container on its roof takes due care of it. 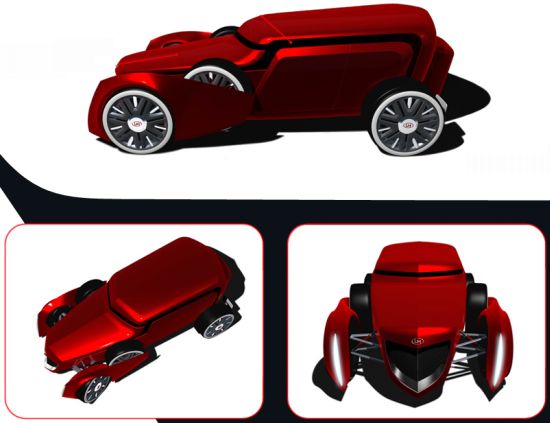 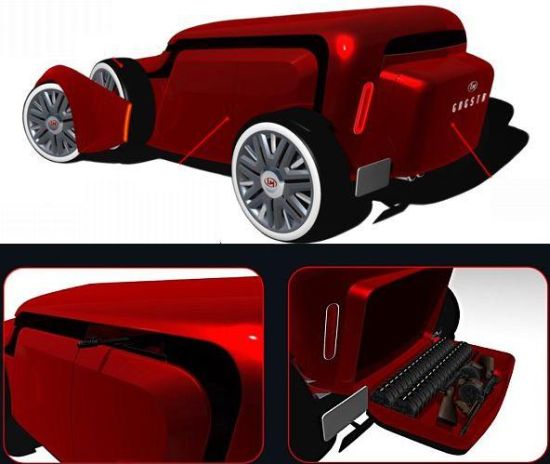 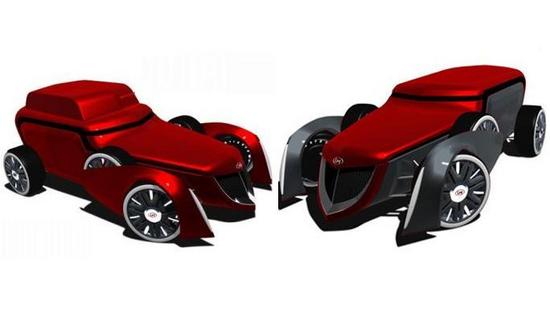