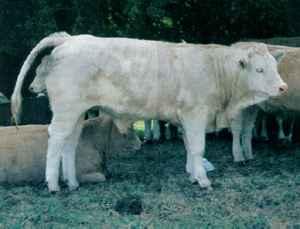 I think that’s the best way to find an alternative for fossil fuel – animal wastes, especially cow fuel. It is all happening at Montreal, as the buzzword there now is ‘eco-friendly.’ It is where 189 nations are convening to work out how to curb climate change, widely blamed on emissions of heat-trapping gases from fossil fuels. Rothsay claims to use animal waste to reduce greenhouse gas emissions. A C$14 million ($12 million) factory near Montreal started producing “bio-diesel” fuel, but not from any waste or byproducts – from the bones, innards and other parts of farm animals such as cattle, pigs or chickens that Canadians do not eat! But, won’t that lead to ‘slaughter’ in the name of being eco-friendly! How does one define such a company to be environmentally responsible?

Rothsay, a unit of Maple Leaf Foods Inc., is also making bio-diesel at the plant by recycling oil from fast food restaurants, like from the deep fryers used to cook french fries. Rothsay’s marketing director Ron Wardrop believed that the plant was the third of its kind in the world, along with one in Germany and one in Kentucky. Vehicles using bio-diesel get tax breaks or subsidies from governments. It is at the Ville Ste. Catherine plant, where the animal and fat waste arrives from a rendering plant as a thick brown liquid — with a gut-wrenchingly rancid smell. It leaves as an almost odorless clear yellow fuel.