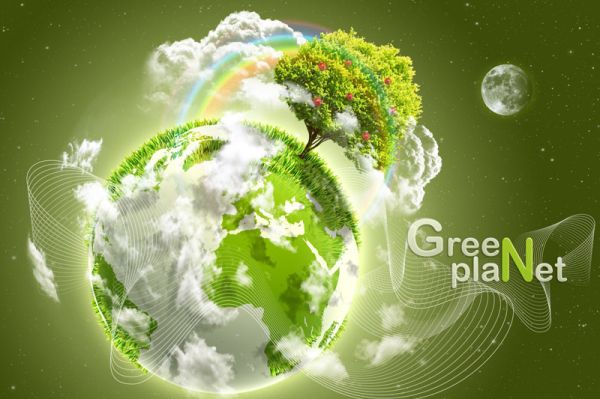 ‘Think beyond recycling’ seems to be the saga of making the environment more green and gay! There are many problems that are targeted right from global warming to giving up plastics with an idea to make the environment devoid of hazards that threaten modern mankind. Despite the various options that have been framed over time, a few have been condensed and presented here. Little can we foresee what the future has really in store!

1. Suck up electricity from the universe

Sounds weird, doesnât it? We have gone ages flattering about technologies that are dedicated to pool up electricity from the sun. However, researchers in Japan are not far off in finding out ways and means of deriving electricity from the cosmos. The microwave beam that is set to target the earth will be received by a system, which in turn converts microwaves to electricity.

Well, if the fact exists that air is made of gas, why not make Gasoline from gas, the integral component of air? The answer could be a maybe and a yes. Scientists in a few reserved laboratories across the world are working on this technique in fueling the world with huge amounts of gasoline, from a nuclear reactor, that can in turn pump up 50,000 cars. Besides normal gasoline, the nuclear reactor is also capable of generating methane, a core component that fuels air jets and planes. Electrolytic cells could do the trick much better, but we have to wait and know what is in store.

Have you ever realized that watching a television show could generate around 60 watts of energy from your body? Or did you ever realize that working out and mere commuting could give away tremendous amounts of energy from the body in the form of heat? Why waste it up when it could serve a purpose? Researchers have sought methods to transmit the heat from the body to heat exchangers’ and air warmers, and this is accomplished by means unique devices that funnel the heat to a water system, which in turn heat up the air thus making it warm.

Many cities across the world have begun tapping up sewage for powering their buses and other modes of transportation. It is apparent that the world is running out of fuel and newer methods are sought at. However, why not give sewage the chance? Sewage doesnât literally imply that sewer pipes be directed to fuel filling stations. Instead, it corresponds to the biogas that can be generated by means of sewer water and thus fuel millions of vehicles across the globe. The biogas generator can be fitted to any vehicle where sewage is the main source that generates biogas from within.

Melting of the Arctic is more popularly heard these days. This is due to the warm currents that are generated from within and thus melt the ice at an increasing speed year after year. Moreover, the ocean currents tend to bring up warm air from the core of the earth, which flows to the tropics thus flooding the region. A wise idea would be to flood the Arctic with salty ice, which takes a greater amount of time to melt thus, cooling the water and keeping the conveyer belt intact.

Carbon imprints are increasing down the decades and we are still fighting the scourge of carbon in the atmosphere. Trees could be genetically modified so that they are partially monstrous and eat away the carbon, be it in any form, which is let loose in the atmosphere. Once this has been done, they could recycle back the purest form of carbon di oxide back into the earth, and thus act in a manner similar to that of the traditional carbon cycle. This could sound hilarious, but ultimately given a hard thought could seem the best option of all.

Nevertheless, it is impractical to keep mirrors dangling around the orbit and reflect away all the ultraviolet rays that enter the atmosphere. In contrast, scientists have discovered tiny flashes of particles that can be sputtered in the orbit of the earth to reflect away the sunlight back to the atmosphere and thus, save earth from the harmful effects of the UV. Initiated by the discoverer of the hydrogen bomb, this mesh can be sprayed up at a distance of million miles between the sun and the orbit of the earth.