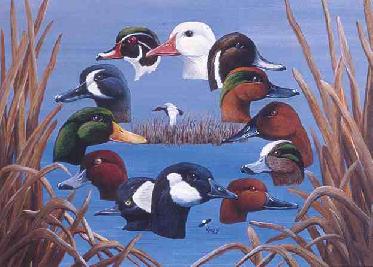 After the whales and several dominant insect species, the ducks seem to fall victim in the hands of global warming. According to a new study published in the journal BioScience, the gradual warming of the Upper Midwest could cut the duck population in half as early as 2050. It is where North America’s best duck breeding grounds exist. Over the next 50 to 100 years, the changing climate could affect the Upper Midwest and so, it is the scientists concern and field of study. The area, known as the prairie pothole region, produces 50 percent to 80 percent of the continent’s ducks and contains an estimated 5 million small ponds spread across the Dakotas, western Minnesota and Iowa, northeastern Montana and three Canadian provinces. True, the area is notorious for wet and dry spells. But, it is large enough for waterfowl to adapt and migrate to other ponds with enough water and cover.