In one way or another, both rubber tyres and steel are associated with the problem of environmental pollution. Green Steel is something that aims at solving both the problems. A new technology called Polymer Injection Technology (PIT) has made that possible. This technology was invented by Indian born scientist Veena Sahajwalla who is currently working as Director at Centre for Sustainable Materials Research and Technology at University of New South Wales, Australia.

The world produces about 1.2 billion waste tyres every year. Out of that US alone produces 450 million tyres. A large portion of these waste tyres are dumped and they enter landfills. Waste tyres present at the landfills can give rise to many serious problems.

It’s very common for tires to catch fire. One of the largest tire fires broke out at Heyope near Wales in 1989. It lasted for 15 years and involved nearly 10 million tires. Many such tire fires take place every year and they result in loss of lives and livelihood of many.

Tyres are toxic. They pollute the region on which they are dumped. They are hollow from inside and easily accumulate rainwater. This makes them a breeding ground for mosquitoes.

Out of the large portion of waste tyres only 7% are recycled. Most part of them are either dumped or used as fuel. So utilizing the waste tires might help us in solving all the above mentioned problems.

What is Green Steel?

There isn’t any difference between normal steel and green steel except in their methods of production. Green Steel aims at decreasing the impact that steel production has on nature. Nearly 1.5 billion tons of steel is produced every year and its production releases billions of tonnes of Carbon Dioxide into the air. Steel production is responsible for 5% of the world’s greenhouse emissions.

How tires will be utilized in production of Green Steel? 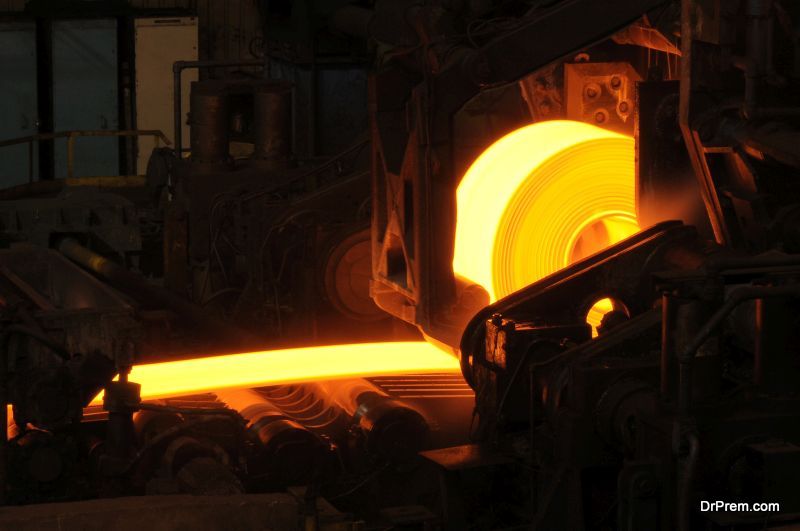 While producing steel in EAF a large amount of hydrocarbons are required. Normally, they are supplied using coke which is a non-renewable resource. But a tyre is also a source of hydrocarbons. And using the brand new Polymer Injection Technology (PIT) companies will be able to use tyres as one of their sources of hydrocarbons. Rather than coke they’ll add a mixture of both tyres and coke in the EAF.

What are its advantages?

Disposing waste tyres is a big problem. But using PIT millions of tyres will get utilized which otherwise would have gone to waste. And not only that, it will also help in saving a large amount of coke which is a non renewable resource and which can be used for other industrial purposes.

Australian company named OneSteel was the first to use PIT and they have patented it. Till date they have utilized more than 2.4 million tires in their EAFs. Many other countries like UK, Thailand and Norway have started using PIT. It is a highly effective technology and soon we’ll see it in all the major countries of the world.