Technology refers to the application of scientific knowledge to alter human environment for the betterment of their lives. Technology can be applied to a variety of industrial sectors ranging from medical fields, communication to the processes and products of the manufacturing industry. Since the 18th century, advancement in technology has been immense but it brought about increased damage on the natural environment mainly through deforestation.

While it may be impossible to completely stop deforestation due to our reliance on wood products, it can still be reduced by using more eco-friendly office technologies. For instance, an office may consider going paperless by printing only when necessary along with digitizing all their documents. It could promote the use of natural light and limit the use air conditioners by implementing smart insulation and natural ventilation.

Cognitive computing refers to the use of self-learning algorithms that integrate data mining, pattern recognition and natural language processing to enable a computer to mimic the functioning of a human brain. Global warming due to deforestation involves overlapping and rapidly changing data sources, therefore, making it hard to establish the exact extent of deforestation for the planning of necessary actions. However, with cognitive computing, we can analyse and discover vital insights from large data sources to establish the exact extent of deforestation and consequently develop appropriate laws or actions to prevent further damage.

When effectively implemented, cognitive computing will enable government and non-governmental organisations tasked with preserving forest lands to overcome the problem of deforestation. 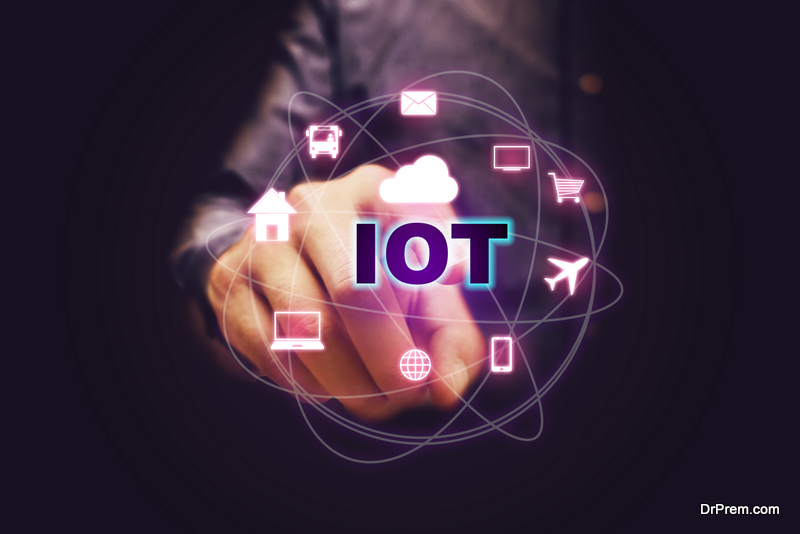 Internet of Things (IoT) is a modern technology that involves interconnecting computer devices, digital and mechanical devices, animals and even people into a network system by providing them with unique identifiers (UIDs). Internet of Things can be employed in fighting deforestation through illegal logging by the use of smart sensors and drones. Drones, for instance, can be remotely controlled by forest rangers to fly over large forest covers to monitor and detect illegal activities and send real-time data to the forest authorities.

BioCarbon Engineering, a U.K based environmental organisation, has employed the use of drones in fighting deforestation. The drones fly over forest covers taking a detailed 3D images of the forest cover automatically determining its nutrients, biodiversity along with topology. The drone then can undertake a precise tree planting exercise by firing biodegradable seed pods along with essential nutrients at each position based on the data obtained during the aerial survey. This can indeed fight illegal logging along with replanting lost forest covers at an effective more precise and cheaper way.

The internet of things involving the use of sensors has also been proven effective in protecting trees. Smart sensors are embedded on tree stems and are used to monitor and analyse their well-being along with tracking illegal loggers and recovering the illegal wood. The sensors also relay real-time data to a control station hosting the servers that contain data on weather patterns and long-term climatic changes.

While the Internet of Things (IoT) may seem expensive to install and implement, it has been proven effective in protecting forest covers from illegal loggers and is indeed the next frontier conserving forest lands.

The advancement of technology has witnessed established organisation and governments coming together to draft policies, economic incentives and strict penalties aimed at conserving forest covers by slowing down the deforestation rate along with reducing greenhouse gases emission rate. One such protocol in the Kyoto protocol which was effected on 8 December 2012 and tasks participating nations with different responsibilities aimed at combating climate change by controlling greenhouse gases emissions. The treaty also offers provisions for carbon credits which offers an attainable flexible way of capping the emission of greenhouse gases by purchasing permits or certificates that permit the emission of one tonne of carbon dioxide.

REDD+ is also another incentive strategy that significantly contributes to a reduction in the rate of deforestation by empowering tropical countries relying on wood products. The incentive strategy provides for compensation from wealthy nations in case of economic loss.

Nevertheless, the implementation of protocols and economic policies is difficult as some nations have openly rejected some policies due to some factors and politics involved in implementing the agreements. But, for the global economies to save the planet from total tree destruction, they should come together to combat deforestation as global warming affects us all irrespective of a country one resides or belongs.

How can an Office Employ the Use of Modern Technology to Help Save Trees?

Saving trees can begin with a single office implementing effective strategies along with modern technologies that will enable them to cut on paper usage which is regarded as the primary driver of deforestation. Modern technology involving the use of computers, smartphones and cloud storage can enable an office to all their operations leading to a substantial reduction in paper usage. For instance,  the office can make invoices and send bills, bills, newsletter and other communication over the email or using online faxing services instead of printed formats in emails thereby reducing paper usage.

Modern technology such as cloud storage enables large amounts documents to be stored on the platform which quick, flexible and easy access to the documents along with easy retrieval of the documents. Courtesy of smartphone apps, note taking can now be achieved without the use of paper. By going paperless, offices will surely lessen overdependence on the world’s tree population leading to a total reduction in deforestation.

Saving trees should be a global responsibility for every government and organisations since global warming coupled with deforestation is a major problem affecting the planet. Modern technology like the ones discussed above when correctly implemented can indeed be a lasting solution in reducing deforestation. Employing intelligent computer networks and smart devices such as sensors and drones can help in saving trees. Environmental organisations and wealthy nations should be at the front line in lobbying for forest conservation to realise an ecologically friendly planet that can effectively support human lives in the coming years.