At some point, motorhomes got a bad reputation for being harmful to the environment because of the amounts of fuel they use. However, when you look at the big picture and compare them to other modes of travel on the one hand, and other homes and/or hotels on the other, it instantly becomes clear that motorhomes are actually very environmentally friendly. 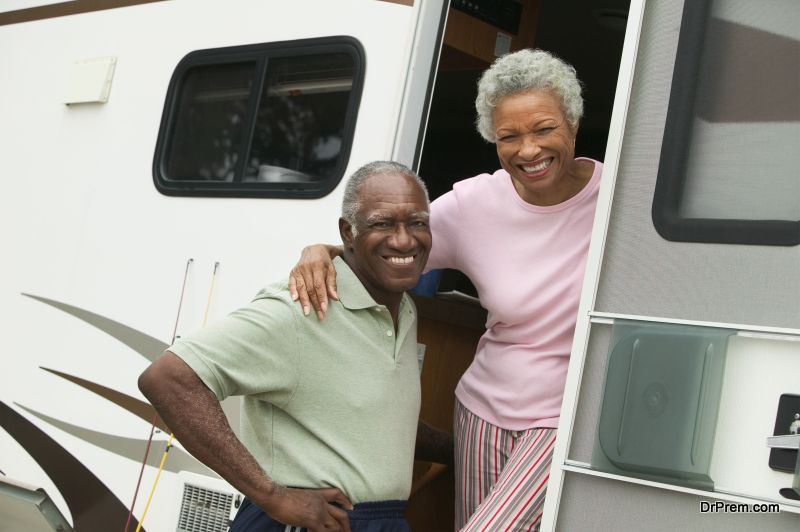 But that isn’t something motorhome enthusiasts should take for granted, whether they travel by second hand motorhomes, rented ones, or their very own. It’s up to each and every one of them to do their part and use their motorhomes in an environmentally conscious manner. And that goes through sensible waste management.

In that spirit, here are a few tips on optimizing and managing your waste while traveling by motorhome.

It may seem as recycling isn’t as big of a deal on the road as it is otherwise, but that simply isn’t true. Accumulation is behind all major harms to the environment.

Plus, recycling isn’t really much harder when traveling by motorhome than it normally is. All you have to do is keep a separate trash can for your recyclables and throw them out in the designated bin at campgrounds.

If a campground happens to not be properly equipped for recycling, apps like iRrecycle will show you the nearest destination that is. 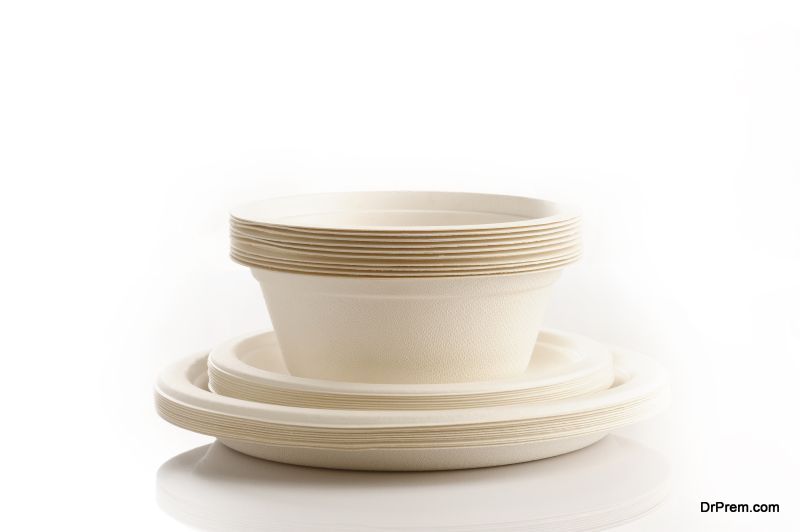 When traveling by motorhome, it’s easy to fall into a pattern of using disposables like paper plates and plastic utensils, as it makes cleaning up so much easier. But when it comes to the environment, easier clearly isn’t better.

You can still use plastic, you just need to reuse it. Or, simply use real plates and utensils. Whatever you use, it shouldn’t be disposable. Sure, you’re going to have to wash some dishes, but it’s a small price to pay, considering the cause.

This is a big one, and how you handle it in an environmentally conscious manner depends on the type of wastewater we’re talking about and the type of toilet you’re using. 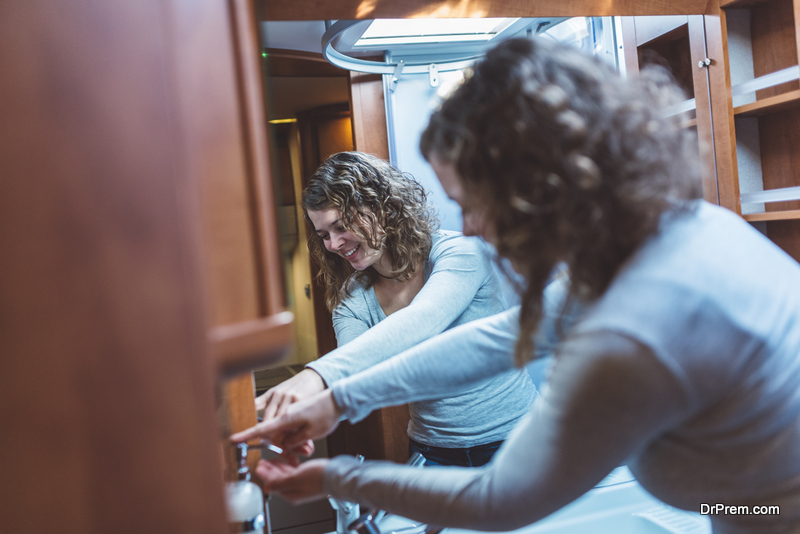 If you’re driving a non-self-contained motorhome, then you don’t have a toilet or shower, so wastewater in the regard isn’t of concern to you.

That being said, wastewater, while mainly coming from the toilet and the shower, stems from other sources as well, be it much less dreadful. Water from cooking and cleaning can accumulate pretty quickly and seamlessly. Even though this kind of waste isn’t generally toxic, you still can’t dump it anywhere – you need to dispose of it at campgrounds.

Self-contained motorhomes have their own toilets and showers.

While they are quite convenient for obvious reasons, they’re also more demanding in terms of wastewater disposal.

In that context, wastewater is divided into two categories: grey and black water. 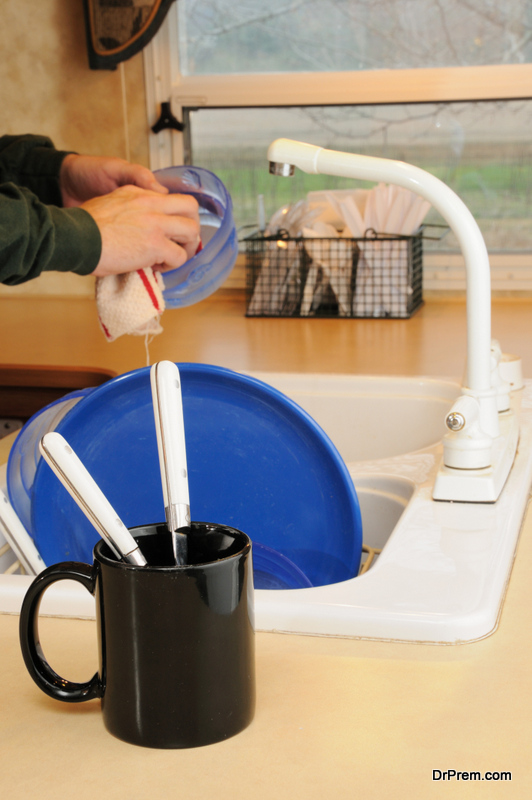 As you might have guessed from the color gradation, grey water is the lesser evil of the two, stemming from shower, bathroom, and kitchen sinks. Generally speaking, if you use bio-washing up liquid, grey water shouldn’t be contaminated with anything more than detergent, which is why it can generally go straight into the soil.

That being said, you can still face fines, plus, if you’ve gathered a lot of grey water, dumping it all into the soil, especially in a single place, can still pollute the environment, be it on the outside.

Furthermore, if you’ve been using anti-bacterial washing-up liquid instead of bio, grey water might still have chemicals and bacteria that are potentially harmful to the environment, and would respectively need to be disposed of accordingly – at campgrounds.

It’s also worth mentioning that installing a water-saving shower head will not only save more than 50% of the water you’d normally use, but also generate less grey water.

When you use motorhome chemical toilets, you don’t have the luxury of not knowing where everything goes. In fact, it’s you that needs to make sure it goes to the right place. Black water goes to the black water tanks, which then need to be disposed of at campgrounds. However, before you get there, there’s something to consider – the chemicals you use to help break down black water.

Many of those chemicals contain formaldehyde, a toxic compound that has been proven to be extremely harmful to the environment. Luckily, this news is spreading, and many environmentally-friendly campgrounds don’t use it anymore.

That being said, formaldehyde isn’t banned on a national or international level, meaning you need to make sure to use chemicals that don’t contain it. Nowadays, more and more formaldehyde-free chemicals appear on the market, using enzymes and bacteria to break down black water that aren’t harmful to the environment. 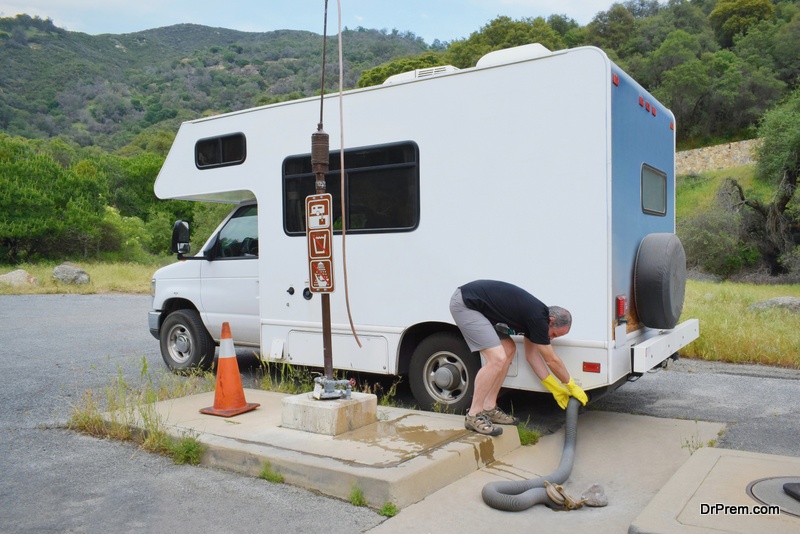 Composting toilets are perhaps the easiest, fastest, most efficient, and environmentally friendly way to dispose of black water, as they actually don’t produce any of it in the first place.

Instead, they turn solid and liquid waste into compost in an almost miraculous fashion. Not only that, but composting toilets can last for much, much longer before they need to be emptied, compared to chemical toilets, meaning less detours and more peace of mind.

Some people downplay composting toilets’ environmentally beneficial features, most likely because of the higher price they come with.

First of all, composting toilets are not even that much more expensive, especially when you consider the reduced mileage from not having to go to campgrounds all the time, not to mention the added ease and saved time.

Second, they really are much more environmentally friendly. Not only do they do no harm and use almost no water, but the compost can even be fed to the soil, which is almost like generating renewable energy, be it on a much smaller, trivial scale.

Another thing worth considering is that when you buy a composting toilet, you’re giving your money to a company with a strong focus on environmental consciousness, making for another worthy contribution to the cause, be it indirect.

Just because you’re on a vacation doesn’t mean the environment is on one, too. Making the right choices while traveling by motorhome can help the environment tremendously, and keep the places you visit pretty, clean, and green in the process.