The demand on food industry is immense now, with the rise in population on a global scale. The growing population has to be fed and there is only a limited amount of food which can be grown on the land that we have. Mankind has now found a new pasture to grow food in – underwater, or more specifically under the water of the seas and oceans. But is it possible to grow food underwater? Let’s find out:

Can you grow food underwater? 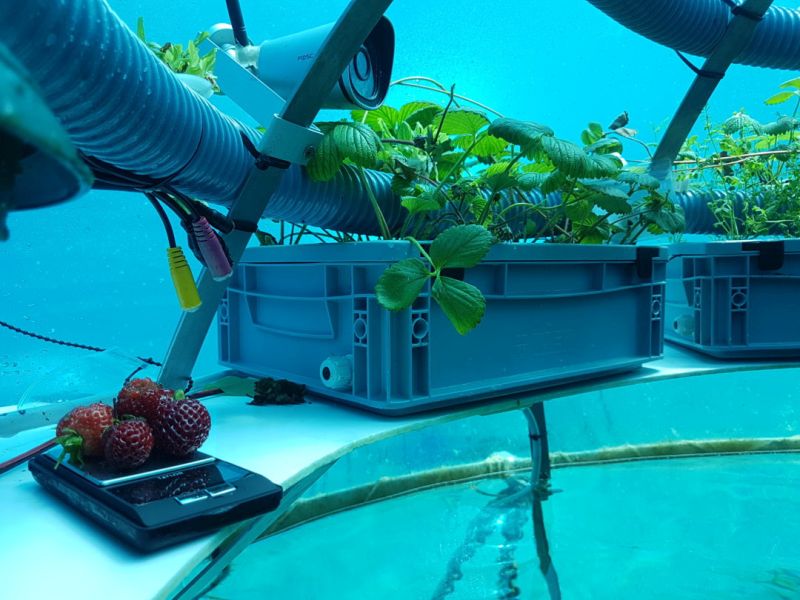 There is an experiment which is being talked about all over the world, which is named Nemo’s Garden. This research project is experimenting to see whether plants which are grown on land can be grown underwater, and how projects like this would affect the marine environment. As the plants grown in this unique underwater farm seem to be doing well, it does seem that you can grow food underwater. Not that you and I would be able to do it, as it requires a special environment to be created. We can’t just go down to the ocean floor and start planting out favorite vegetables!

What is Nemo’s Garden? 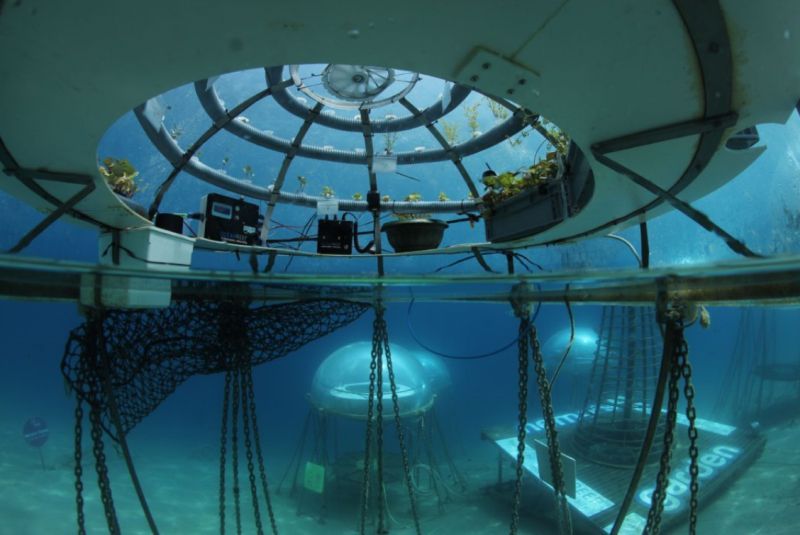 Nemo’s Garden is an underwater vegetable garden which is being researched on by the Ocean Reef Group.

Underneath the beautiful blue water, just a 100 m off the Noli coast in Northwest Italy, there is cluster of pods which look like balloons held down to the seabed with the help of ropes. The ropes are about the half-dozen meters long. Inside, vegetables which you would never associate with the sea are being grown – such as lettuce, beans, basil, strawberries and red cabbage.

This garden is the brainchild of Sergio Gamberini, which is a scuba diver by profession and gardens as a hobby. On the day when he had the ‘Eureka’ moment, he was spending time with some local farmers, when he suddenly got the idea of the vegetable garden which was inside a balloon underwater. He started thinking whether growing crops under the sea was possible.

How does it work? 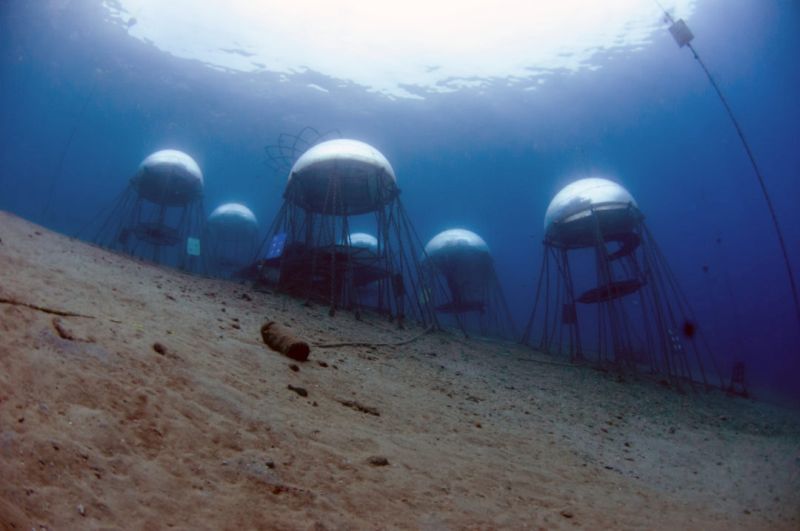 His idea was laughed at by many, but Gamberini, who is also a chemical engineer, was determined to prove that his idea was not as far-fetched as people seemed to think. He tested his idea after two days. He dived to 22 feet under the sea, attached one plastic balloon filled with a pot of soil as well as basil seeds onto the seabed.

After a few days, he could see basil leaves sprouting. This was the beginning of the project to see whether sea farming was possible or not.

Gamberini allocated part of the budget of the family owned scuba diving business Ocean Reef, to fund a fully-functional farm underwater. This would be an interesting experiment to know whether you could grow food underwater. Gamberini would also have the patent for the technology, which would make him a very rich man indeed, if the experiment was a success and others wanted to get into sea farming as well.

His garden has six greenhouses under the ocean, with approx 700 plants including tomatoes, basil, salad, aloe vera, mint, marjoram, licorice and strawberries.

As the team could not make any permanent change to the seafloor, they devised a sphere from PVC which was lightweight and could be removed easily. But the PVC spheres were uprooted by a 9-13 feet winter storm. The team then used a sphere made of Plexiglas and steel. The only concern is to prevent the damage due to storms and to build a structure which can withstand storms.

The six spheres now are 6×3 ft, attached with 28 screws. This size has allowed the structure to be stable, as it is rigid yet is flexible enough to oscillate during storms. 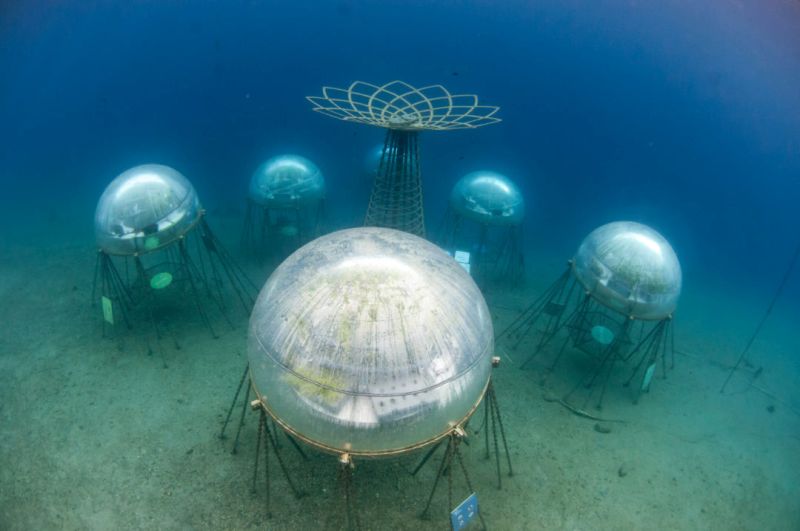 Plants need light and to grow food underwater, light is necessary. The light in Nemo’s Garden is provided by natural light, though this is not enough in winter or on cloudy days. To supplement natural light, LED lights have been used. The electricity to light the bulbs is derived from a wind turbine and solar panels, fed by tubes shaped like double helix.

Growing crops underwater requires fresh water. The water is derived from land, but in the long term, the aim is to harness natural desalination process which happens in the spheres. Though the bottom of the greenhouses is open, they do not get flooded to the top due to air pressure.

When seawater collides with the warm air of the greenhouse, it evaporates and loses its salt, thus becoming desalinated. This water condenses on the walls of the greenhouse into small droplets which can be gathered, and after adding minerals, used to water the plants.

The project is monitored from Genoa but the farming to grow food underwater has to be done personally. One of the team members has made upto 1,000 dives to tend to the garden.

What is the environmental impact? 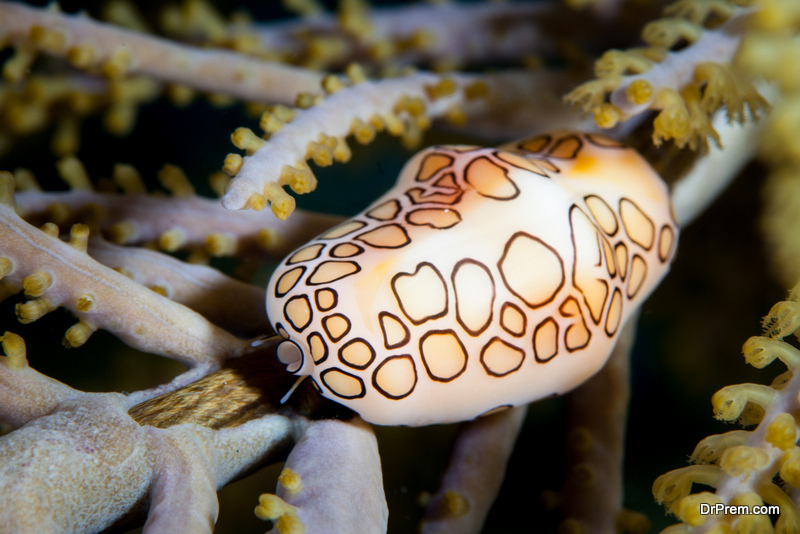 The impact of the underwater garden cannot be foreseen now. This could be one of the ventures which if commercialized at a large scale, might disrupt the already delicate marine environment. Huge underwater farms might lead to the waters of the ocean warming up, and leading to the destruction of many plants and sea animals. With the global sea temperature already rising, we certainly do not want another reason to increase the temperature of the sea.

For now, there seems to be no negative impact on the surrounding ocean environment. A large squid had even laid a nest beside an energy pipe. The Nemo Garden team claim that the fishes and other sea animals are co-existing with the farm. But only time will tell, whether seafarms like this one will be the cause of distress for the planet.

The project is now supported by locals who were skeptics earlier, as they have benefited from the rise of tourists who have come to take a look at the incredible underwater farm. September is when most people flock there, as the Nemo Harvest feast is held. The team joins their friends and family to celebrate the ending of summer, and enjoy delicious meals with the underwater plants. 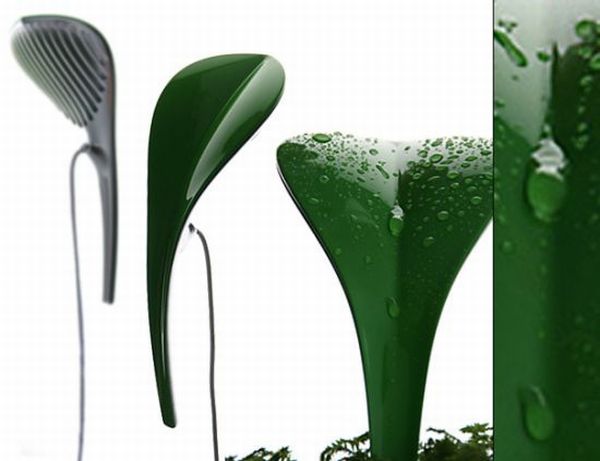 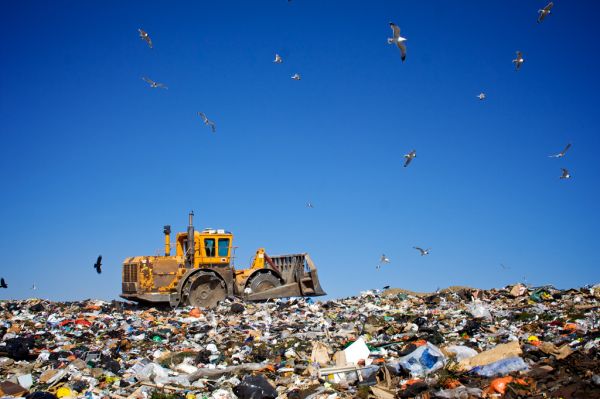