Lightning storms are spectacular displays of the force of nature. Each lightning bolt may contain up to 1 billion volts of electricity. They occur during electrical storms as an electrical discharge. The forms of lightning arecloud to ground lightning, between clouds or within the charged regions in a single cloud. 1.4 billion lightning flashes can be seen during a year, in various parts of the world.

The frequency of lightning is 40-50 times per second. Lightning flashes have always inspired fear and fascination in us. These are a reminder of the extraordinary power of Mother Nature, which is supreme and beyond human control. 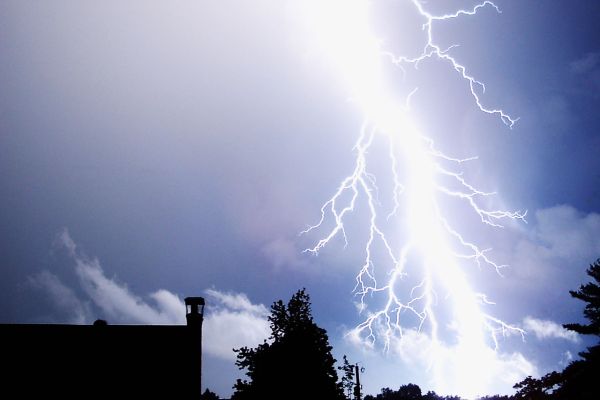 An example of a tremendous bolt of lightning from the clouds to the ground. The majesty of nature displayed in a petrifying way. The twilight sky is lit up brightened with fireworks from the Nature.

An example of cloud to cloud lightning. Lightning accompanied by thunder lays the stage for an imminent storm.

An awesome display of cloud to ground lightning. Houses and trees are lit up in the lightning strike for a moment. The bolts of electricity are the harbringers of the black storm coming up. A message from Mother Nature that the heavens would be opening up.

A terrifying scene as lightning strikes over a city. The bright lights of the city are no comparison to the brilliance of Nature’s lights.

Pink lightning over a hilly landscape. This dazzling cloud to ground lightning is extremely dangerous. Lightning kills about 2,000 people every year, worldwide. 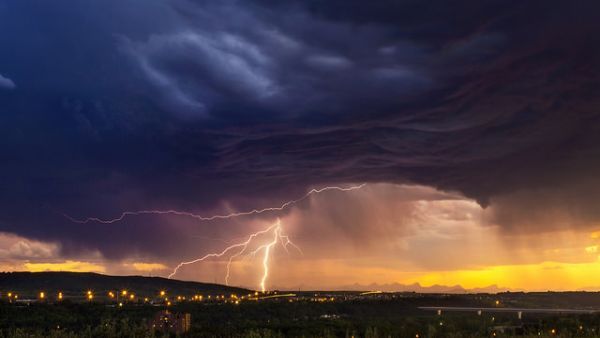 Mother Nature unleashing her fury. These lightning bolts can cause immense injury – neurological damage, cardiac arrest and can even be fatal if they strike anyone.

A flash of lightning heats up the ground to unbelievably hot temperatures – up to five times hotter than the surface of the sun! 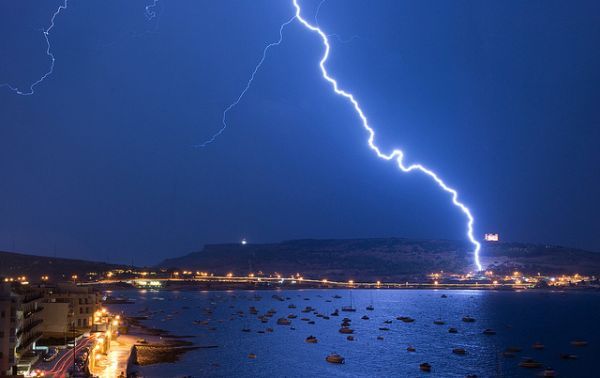 Lightning bolts like this one, can cause a lot of damage to lives and property. People who have been struck by lightning may suffer from dizziness, memory loss, numbness and can be permanently harmed for life, i.e. if they survive such a severe strike.

The best place when there’s a lightning storm is indoors. If lightning strikes a building or house, it follows the most available path to the ground, including steel framework, cables or telephone lines, wiring and plumbing. Usually, when lightning hits a building or skyscraper, it does not injure the occupants as it is safely directed in to the ground.

A stunning display of cloud-cloud and cloud-ground lightning. If you happen to be outside when there is a lightning storm, remember to stay away from tall, isolated objects. Objects like metal fences, shorelines, flag poles and tall trees are potential lightning hazards. 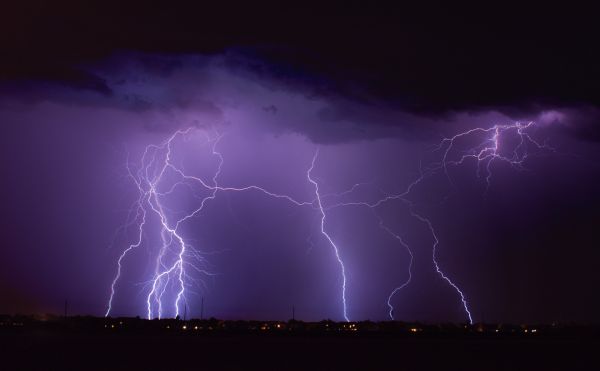 Lightning strikes several points at the same time, lighting up the sky in inky blue and purple shades. It’s a myth that lightning strikes the most conductive or tallest object around. Lightning is called a “large-scale” event and it can strike anywhere, so if anyone is hit by lightning, it’s a classic case of being at the “wrong place, wrong time”.

This amazing photo of lightning looks like a surreal painting. The air is charged with lightning bolts. A close-up view of lightning dancing in the sky,traveling through the air before it reaches the ground. An electrical storm like this one is terrifying and highly dangerous.

A series of brilliant lightning strikes with a touch of color. Mother Nature in her most terrifying avatar, enough to strike fear in your heart.This frightening image of lightning enforces the power of Mother Nature over us.

Lightning is a force of nature which mankind has not been able to harness till now. It’s a fascinating natural phenomenon which strikes a chord of fear in us. These images are a proof of Mother Nature’s awe-inspiring power. We do everything to stay out of the way to avoid nature’s wrath, but cannot help admiring the terrible beauty of lightning flashes.