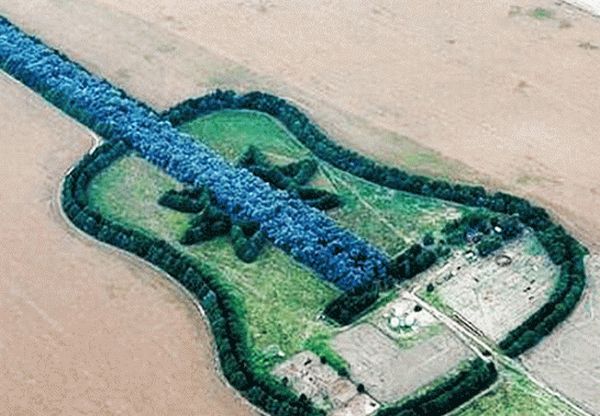 Love is a feeling which can take any form. Sometimes, even to the extent of a tribute, when a loved one has passed away. Pedro Martin Ureta, a farmer in Argentina, created his wife’s Graciela’s favourite musical instrument, not by the commonly used raw materials, but by the not so common, trees.

If you’re thinking he made her a guitar, and did nothing new as such, then I will you to think again. He created a guitar out of tress, not by cutting them down, but by placing them on his farm in the silhouette of a guitar. It was his wife’s ultimate dream to shape their farm in the shape of a guitar which would ultimate catch the attention of others. Pedro repents he did not do so at a time when his beloved was still alive. Not losing any more time after her death at the age of 25, he devised ways of going about his wife’s last wish. 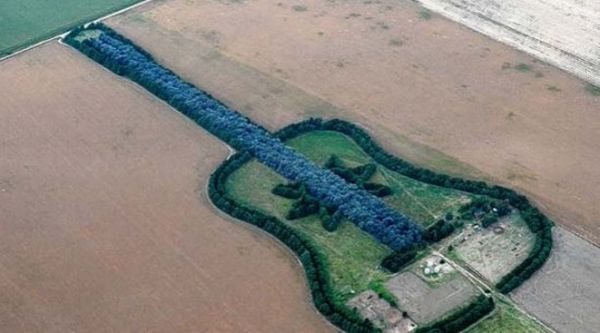 Taking his measurement cues from a real guitar, he started to chalk out the plan for giving his farm the desired shape. However, just by planting tress, he soon realised his purpose would not be solved. So, with the help of his kids and the farm hands, he was able to finally bring about some changes onto his farm. Of course, nature played its course and his ultimate devotion to his wife paid off. 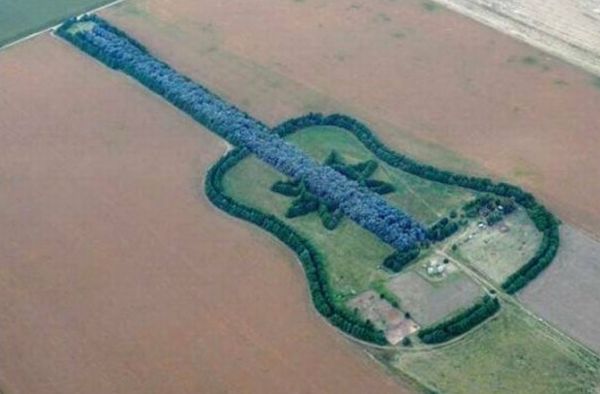 Soon, when the guitar began to take shape, he created a star design in the midst of his farm with cypress trees while at the same time, he used eucalyptus tress to form the strings. If you look at the perfection with which the farm has been shaped, you’d be in no doubt whatsoever that Pedro has indeed paid the ultimate tribute to his wife Graciela. True love can indeed make you go to any lengths.