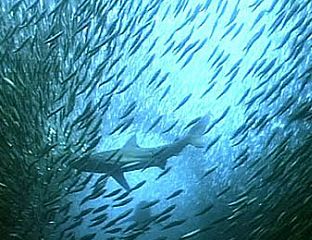 Believe it or not, but this is an inevitable truth that you will no longer be able to eat seafood after 2050, so eat it as much as you can, because it would almost be impossible to save marine ecosystem if the deterioration in marine ecosystem goes on with such pace. For that normally you may cast slur on over-fishing, but if you ponder over facts more deeply then automatically you will come across a fact that over-fishing is not only to be blamed for this decline in marine ecosystem but various other factors are also pulling the strings.

The main culprit behind endangering marine ecosystem is man himself who is constantly attacking it in the name of development and for the sake of more gain.

Now the bad implications arising from the deterioration of marine ecosystem have also started floating out and one of those bad implications is that sea fisheries business has started moving ahead with less gains.

No doubt, the advent of bigger vessels, vast nets and improved as well as latest technology has made it easy to pull out more and more fishes even from the bottom of the sea. but figures evince that fish stock is moving towards privation impulsively and as a result, sea fisheries business is drooping down inevitably.

Study by the authors of five countries has revealed that over-fishing can be applied, where rich ecosystem prevails. However, they also caution against the bad implications of it by putting forward the fact that if once this biodiversity vapors away then this system may crumble down altogether that would be an irreparable loss to marine ecosystem.

This study also divulges that oceans with low biodiversity have been more vulnerable to the deterioration of commercial stocks of fish than the oceans with high biodiversity.

Nature lovers may flinch at the revelation that marine ecosystem is crumbling down precipitately like the house of cards but still there is a ray of hope that states that the only way to hold back marine ecosystem from heading to its doom is by protecting it and nourishing it. By this way, various endangered species that dwell in oceans can be saved. And to back this up it would be right to quote a few lines of Boris Worm, a marine conservationist at Dalhousie University in Halifax, Canada, who speaks out after studying about 44 protected areas: ‘Species came back more quickly than people anticipated – in three or five or 10 years. And where this has been done, we see immediate economic benefits’.

As a conclusion, it would be better saying that it is duty of all of us, especially the big industrial giants, to make sure that all kinds of developments for the benefit of mankind and marine ecosystem should go hand in hand.