Fish, which you thought was one of the healthiest foods you were happily consuming, might actually be harmful for you. Not all fish, but those which have high mercury levels will have adverse results on your body.  Exposure to mercury has been linked to several physical and mental health problems. Find out all about the mercury in fish and how you can be safe from it.

Mercury in fish: The dangers 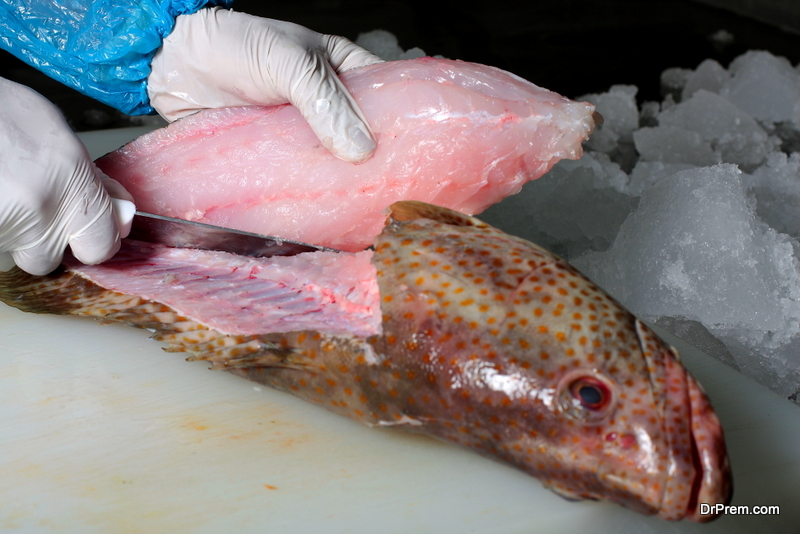 Mercury is one of the heavy metals which are found naturally in water, air and the soil. It is present in the environment through burning coal, industrial processes or by volcanic eruptions. Mercury is in three forms – elemental, organic and inorganic. Mercury can get into our bodies in our bodies by breathing in the mercury vapors during industrial or mining work.

You can also get exposed to mercury by ingesting shellfish and fish which has high methylmercury form. If Methylmercury reaches a critical point in the body, then it can cause many health problems.

Why are some fish high in mercury?

The mercury in the fish and other kinds of seafoods depends on species as well as the level of pollution in the aquatic environment.

A study, conducted from 1998 to the year 2005 found that approx 27% of the fish from 291 streams in the US contained more than the permitted limit. This percentage would have increased manifold, as pollution has increased with time. Eating fishes with highest mercury such as swordfish, marlin, fresh tuna, king mackerel, tilefish from the Gulf of Mexico, shark and northern pike would increase the mercury level in the body.

The danger of mercury is because it is not eliminated from the body. Large fishes eat small ones which have mercury in small quantities, and the mercury keeps getting accumulated in the bodies over a period of time. This accumulation process is known as bioaccumulation. 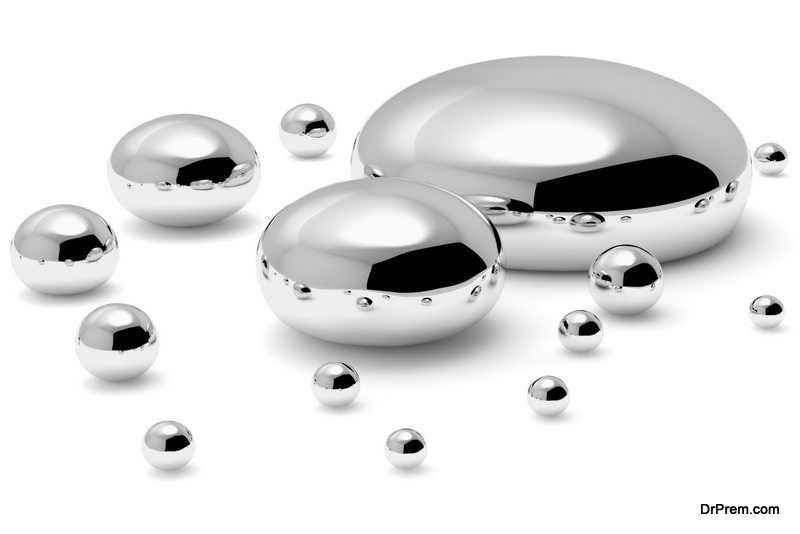 Mercury levels are measured as ppm or parts per million. The average amounts of mercury in different fishes are as follows:

Fishes with highest mercuryare those which are larger and live longer than others.

How does your body accumulate mercury?

As we mentioned before, mercury gets inside your body through pollution and mainly by eating fish. Seawater does not contain much mercury, but seaplants like sea algae absorb this mercury. Small fishes eat the algae and the bigger predatory fish which eat the mercury accumulate more mercury in their bodies.

Humans must have blood mercury levels lower than 5.0 mcg per liter, and the range begins from 2.0 to 89.5 mcg/liter, and in one study conducted on 89 people in the US,89% had more than 89.5 mcg/liter. Higher consumption of fish was also linked to this study.

Many people who eat fish such as perch and pike regularly have high concentration of mercury in their body, because it accumulates in humans over time.

How does mercury affect your health? 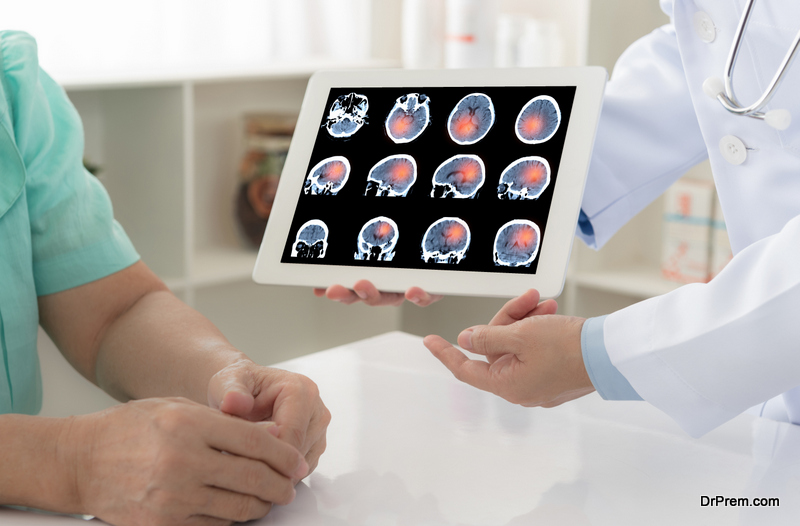 One of the ways to avoid mercury getting in your bloodstream is to eat fish without mercury.High concentration of mercury has been linked to brain problems. People who had high mercury levels in their hair had a decrease in dexterity, memory, fine motor skills as well as attention.

Recent studies have also linked mercury and other heavy metal exposure to conditions such as Parkinson’s, depression, autism, Alzheimer’s, anxiety and so on.

Also, mercury is also linked to high blood-pressure, increased heart attack risk and higher LDL cholesterol. In fact, a study on 1,800 men discovered that people who had high level of mercury were twice likely to die from heart related problems than men with lower levels of mercury.

Then again, experts point out that the nutritional benefits from fish, outweigh the risk of exposure to mercury. All you have to do is cut down on the consumption of fishes which have high levels of mercury.

How to control mercury level in your body?

Mercury does not change or disappear from the body even when you cook the fish. So, eating fish without mercury is one of the most effective ways to reduce mercury concentration in the body. Omega 3 fatty acids from fish is one of the most important nutrients for the body, and eating two meals of fish every week is recommended.

However, the FDA advises breastfeeding or pregnant women to avoid mercury high fishes.Children who are younger than 6 years old too should not be fed large fishes which have high content of mercury.

Fresh fish is healthier but always check for the fish advisories for the streams and rivers or lakes they originate in.

2-3 servings of shrimp, salmon, cod and sardines would give you the nutrition you need from fish, while avoiding high mercury content fish. 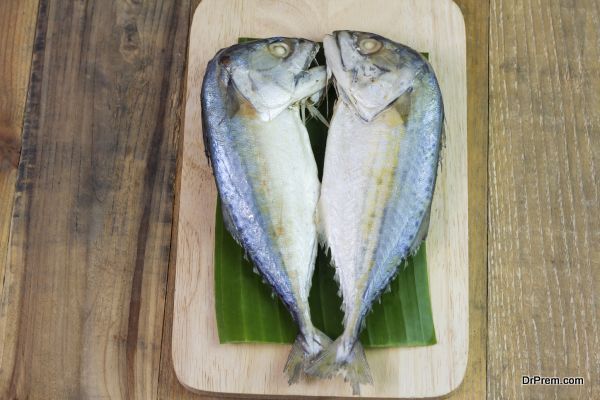 Tuna is a fish consumed by millions all over the world because of the taste, availability, affordability and nutrition. But if you’re in the US, it’s best to avoid this fish as it have been found to contain the highest amount of mercury, and is the most common source for mercury exposure in humans. If you or your family love eating tuna, in the canned form, then stick to skipjack or light tuna, and consume only two portions a week. For example, if you weigh 130 pounds, you can eat up to two six ounce cans of skipjack or light tuna, to stay within the EPA specified safety zone. Children can eat up to four ounces of the low mercury fish like light tuna.

But strictly avoid the albacore tuna, and do not give it to your children at all. Women in the childbearing age should not eat more than 4 ounces of albacore tuna per week, but it is better if they avoid it altogether.

Most of the fishes used for sushi recipes are the bigger predators, and therefore fishes which are more in mercury content. Hold back on the mackerel, tuna, sea bass as well as yellowtail, and choose fish such as eel, crab, salmon, clam and other smaller fishes and seafood which are low mercury fish. 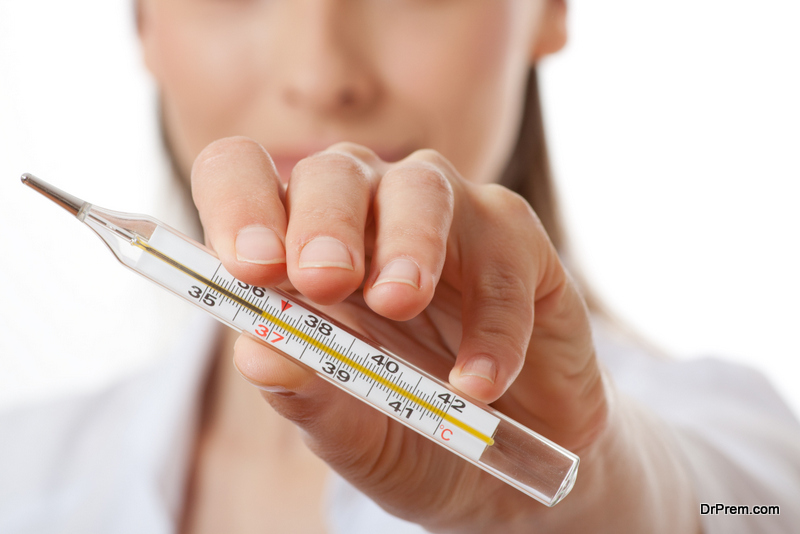 Mercury thermometers were all to be had a few years ago. But now, you can replace your old-style thermometer with a digital thermometer. The liquid in the old thermometers is not as dangerous as the toxic mercury that is found in fish, you still have to be very careful. Do not allow your kids to come in contact with old thermometers if it breaks, as it might cause damage to the brain, kidneys and lungs.

Many hazardous waste collection agencies in cities and towns collect mercury thermometers and dispose of them in a safe way. Pharmacies also collect these thermometers and take the responsibility of their safe disposal.

In case a mercury thermometer breaks, you’d see the mercury in the form of little silvery balls. Collect these small silver colored balls and put them in a container which can be sealed shut. Then take this sealed box to hazardous waste disposal facility near you and hand it over. Never flush it down toilets, throw it in the trash or garbage can. Make sure that the mercury balls do not reach into waterways through your toilet, or is exposed to the atmosphere after being thrown in garbage.

Experts say that if any mercury is spilt on the sofa or rug, then it is best to get rid of these items. This is because the mercury is almost impossible to remove from absorbent over time and will vaporize over a long period of time in your home, if you retain the rug or sofa.

The silver in the dental fillings is 50% mercury, and if you already have them it is best to leave them as it is, as they can release mercury in the removal process. Pregnant women should especially avoid removal of silver dental fillings.  If you are planning to get implants or fillings, then porcelain or composite fillings are a good option but these also contain BPA, bisphenol A etc which might disrupt hormones. Gold fillings are said to be the safest, but of course this is quite expensive.

5. Check the mercury level in your body 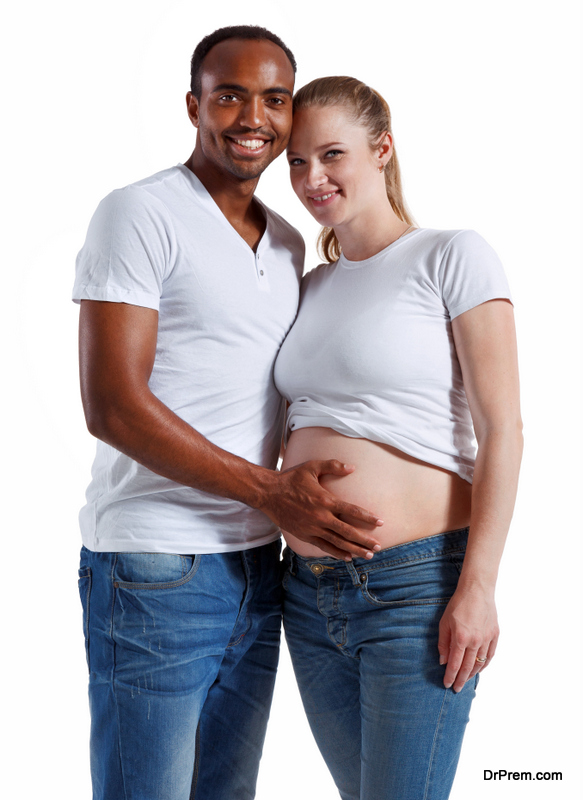 Once you get to know if the mercury is high in the body, you can take proactive steps to reduce the level in your body, such as eating fish low in mercury and not exposing to environments where the mercury content is high.