We live in concrete jungles, surrounded by buildings, homes, roads etc made of concrete. According to studies, after water, the substance which is consumed by humanity in the highest amount is concrete. It’s also responsible for at least 5% of the entire carbon emissions worldwide. Researchers have been trying to devise new forms of concrete which is stronger, more durable and environment friendly as well. Now, Rice University researchers have developed a method to improve the manufacturing process of concrete. They can now ‘program’ the particles of cement into particular shapes which makes them stronger, less porous and less harmful to the environment.

How can cement be ‘programmed’ Rice University scientists have gone into the nano zone, studying the crystallization process of C-S-H (calcium silicate hydrate), and using the results of their study, synthesized C-S-H concrete particles of different shapes. The team converted the particles into rectangular prisms, cubes, dendrites, rhombohedra and core shells, which can pack more densely together.

This new research is the first step to control the kinetics of concrete to create required/desired shapes. The rectangular and cube shapes were obtained by adding negative or positive ion surfactants as well as calcium silicate to the C-S-H mixture, and adding this mixture to ultrasonic sound and CO2. Within 25 minutes, crystal seeds formed around the surfactant micelles. The increase in calcium silicate resulted in clumped spheres and interlocking cubes, and decreasing it resulted in smaller cubes and spherical particles.

The team tested the strength of the differently shaped concrete particles using a diamond tipped nanoindenter, which crushed hundreds of the particles, and produced detailed mechanical information.

This breakthrough can lead to producing concrete particles which are more water and chemical resistant, thus preventing chemical and water absorption and reducing the damage within concrete due to water seepage.

Uses of the new concrete The researchers mapped these shapes into a morphological diagram which can be used by builders and manufacturers to enable them to engineer the new concrete. This new concrete has been termed ‘programmable concrete’ by the research team.

‘Programmable concrete’ is much more stronger leading to stronger microstructures. This means that less quantity of concrete would be required. As it is less porous, it will last longer, making structures more durable over time, needing less repairs and replacement. It would also protect the steel reinforcement inside buildings etc, which could lead to stronger buildings but using less concrete.

The implications of the research The research is very significant as the strategies which were developed during the research could affect the development of other materials and applications such as bone tissue, ceramic, colloid engineering.

Benefits for the environment resulting from new types of concrete 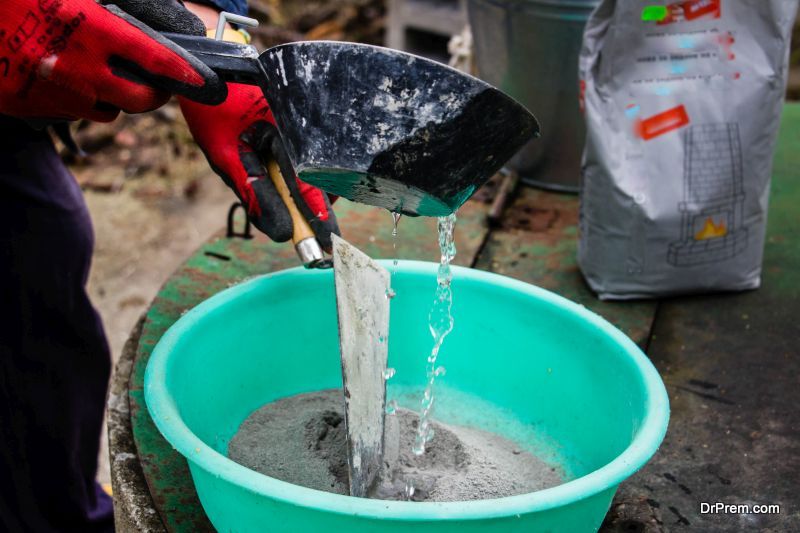 Some other types of concrete which have been developed in recent years are ‘bendable’ and fire-resistant concrete. The EMPA laboratories, Switzerland, have developed fire-resistant variety of concrete, which has the potential to make construction cheaper, safer and more efficient.

Nanyang Technological University, Singapore, has come up with ‘bendable’ concrete. Which can reduce the amount of concrete produced and poured, unlike regular concrete, which has to be poured extremely thick to prevent it from cracking under pressure.

Another innovation which is being developed by Bath University, is ‘self- healing’ concrete – in this, bacteria is used to heal the cracks in concrete.

All these new types of concrete are being developed with an eye to reduce the environmental damage that is done during the production of concrete.

Consistently increasing global population will result in the need for more housing, offices, factories, etc. These innovations in concrete are necessary if the world has to accommodate the needs of its growing population in an ecofriendly manner. Once the manufacturing process is improved, the quality of concrete to absorb CO2 can actually make concrete an ecofriendly material.