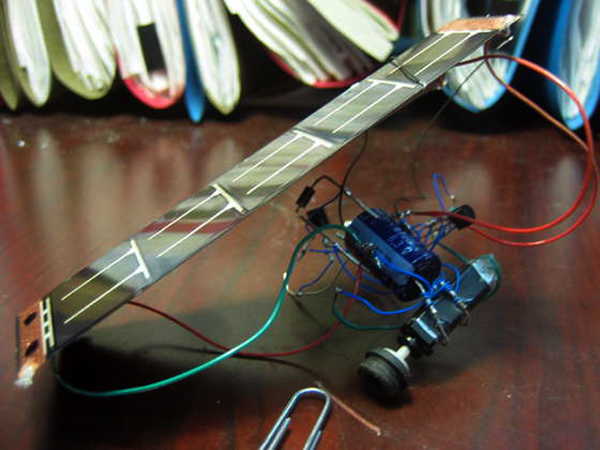 Making your own solar powered robot is not as hard as you think. It is based on the Miller solar engine and has no digital electronics involved. But before we get started, it must be said that a robot is defined as “a mechanical intelligent agent which can perform tasks on its own”. Note that the definition does not state that it has to be in a particular ‘form’! So, though the robot we are going to build will look crappy, it will work and delight your heart. This project is more of a ‘proof-of-concept’ than the actual construction of an amazing robot! It we were to build an actual ‘human-looking’ robot, the difficulty level would catapult manifold. With that being stated, here we go:

‘Moderately Challenging’ – This DIY project involves building a basic circuit with a solar panel, capacitor, diode and transistor. The ability to make connections by reading a circuit diagram is absolutely essential though we try to simplify it in this tutorial. It would help if the ‘builder’ is familiar with the use of the soldering iron.

Once you have gathered all the essential components of the right specifications, it would take less than half an hour to make the circuit and have the robot up and running!

7. One 1381 part (CMOS voltage-controlled trigger – available at different limits) – Get one that matches the voltage across your motor (2V in this case)

8. A wire-wrap or breadboard

The whole project will get done with your pocket money of a few dollars. The cost should not be a deciding factor for the project.

1. For those who know, just the circuit diagram should suffice. The only instruction would be, ‘assemble your robot as per the diagram’.

2. Use the wire-wrap or breadboard to hold all the components.

3. Begin by connecting the transistor and the 100 ohm resistor.

6. Connect the two solar panels in parallel. Being in parallel, they will become a 3V, 50mA power supply.

9. Complete the connections by hooking up the motor and diode with the setup as shown in the diagram.

10. Place the solar panels in the sun to see if you have got the connections right.

11. Once the correct connections are confirmed, take the components out, one by one, from the breadboard and start soldering them.

12. The motor can be placed between the legs of the big capacitor.

14. Place the robot in the sun and watch it dance to the warmth. The dance will be intermittent with intervals of rest.

Ques: I am planning to make the robot for the first time. I have no previous experience in any of these electronic projects. Any tips for me?

Ans: This project will help you develop the confidence on many future electronic projects. Do not worry if you don’t get it right the first time. The connections are simple but they may get confusing for the first timer. So make atleast two or three attempts before giving up. If you make those attempts, you surely will not have to give up is our belief.

Ques: What is the use of the diode in the whole setup? What are the specifications of the diode?

Ans: The diode can actually be discarded. The diode is actually added to prevent the battery discharge through the solar panel. Since we are not using a battery and the circuit does not need the capacitor to retain charge when the panel is not in the light, the diode becomes superfluous. But as we said, this is based on the Miller solar engine and so the circuit diagram shows the diode. If you are using one, any diode will do. The specifications are not important.

Ques: Can I find all the resources I need for constructing my robot, on the internet?

Ans: Of course! Try mouser.com or jameco.com or allelectronics.com. You can even do a simple Google search for BEAM hobby stores.

1. All the circuit components are small and so solder the connections starting in the middle and working your way out.

2. Vary the resistor and capacitors to find the optimum solution for your robot. This will alter the power going to the motor ( and hence the intensity of the robot movements) and the time interval between the movements. The solar energy is stored by charging the capacitor in circuit and when a threshold level is reached, the 1381 part gets triggered and works the motor.

3. Making a permanent circuit board will make it easy to test the different robots for their movement and interval between movements.

4. The values of the small capacitor determine the ‘burst’ of activities. Larger the values, longer will be the dance but intervals between will also be longer and vice versa.

Things to watch out for:

1. A lot of vibration will accompany the robotic movements. You can use the rubbery offset used in old CD walkmans to offset the same here.

2. Be careful while using the soldering iron. It generates temperatures in excess of 180 degree centigrade and may cause serious burns.

3. It is important that the solar panels are able to supply a voltage greater than the voltage at which the 1381 part triggers.

4. The robot will function only in light. It may not work well in flashlight. But try it out definitely. 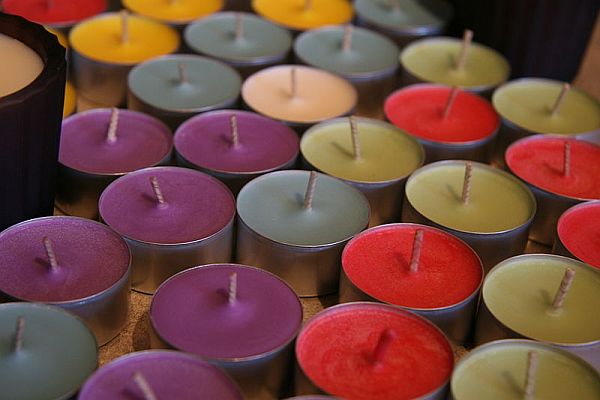 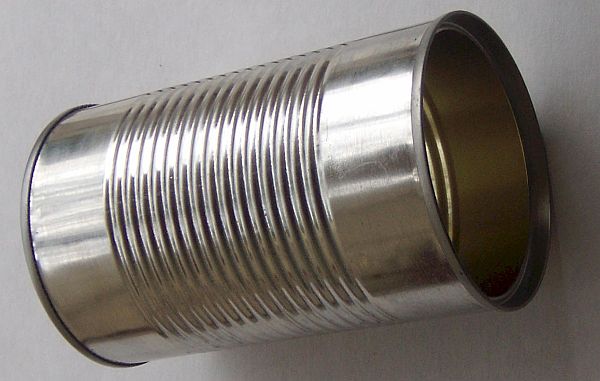