Duck farming, or using ducks for agriculture in India, is one of the major professions in India in the field of agriculture. Ducks are not only farm animals that control insects and pests on the farm, but also lay eggs, which create a good source of income for the owner. True that there are innumerable benefits of breeding and raising ducks, there are some hiccups and crunches in this process too. Many people have taken up duck breeding and caretaking as a full-time occupation since it requires a good many years of experience and is not everyone’s cup of tea. Some of the major benefits of duck farming and its constraints are as mentioned below.

Benefits of duck farming in India: 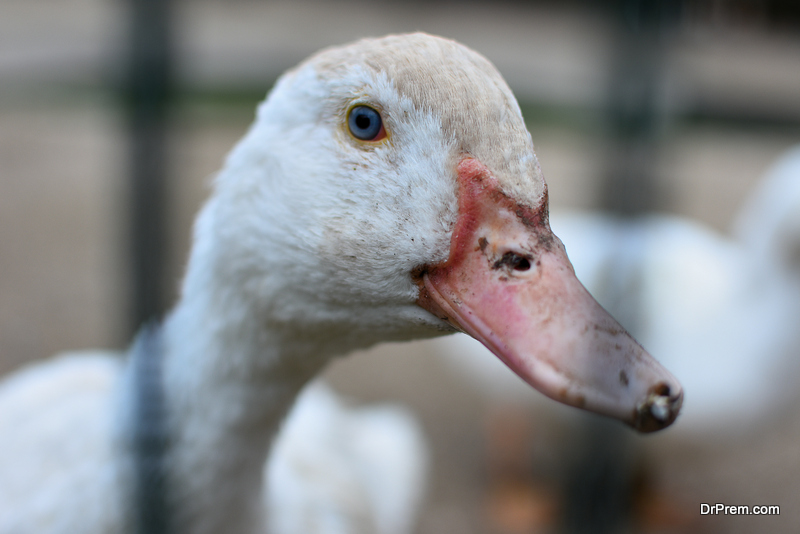 Ducks are simple birds. They don’t need a lot of physical attention and financial aid when it comes to keeping and maintaining them. Ducks eat practically almost everything such as insects, bugs, snails, and grains all make up their source of nourishment. In addition, you won’t have to build an extra house or stable for them to stay in. Any small place made with raw materials is enough as a shelter for them and will suffice well enough for a few ducks. Little to no monetary investment on farm animals is a major advantage, especially when it comes to low-budget farming.

As mentioned before, ducks are quite simple to take care of. In other words, you don’t need to dedicate your entire day looking after them and tending to their needs. They usually lay eggs early in the morning or at night and seldom during the day. Also, they don’t fall ill very often and are quite tough birds. In addition to this, there is no specific business plan of duck farming needed for raising them. As far as their diet is concerned, yes you need to feed them healthy food, but they can even manage on their own, if need be. Overall, ducks are pretty easy to pet and are an amazing return on investment. 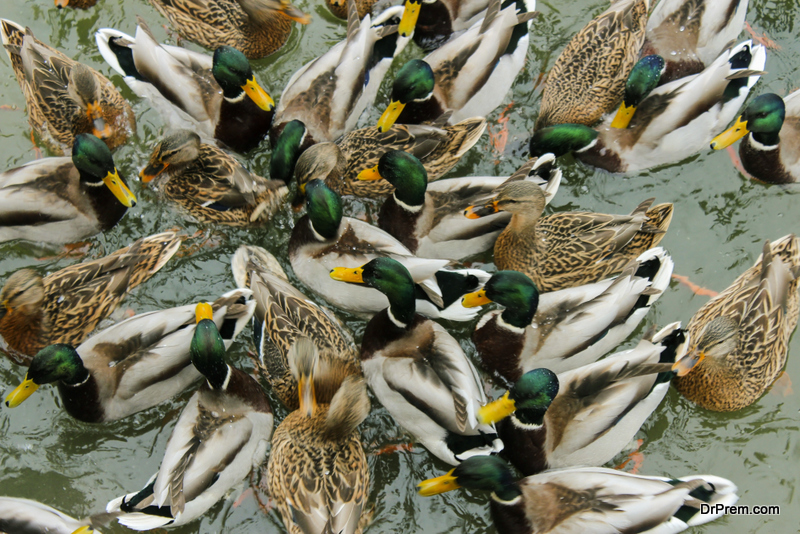 Ducks play a major role in keeping the count of bugs and insects on your farm considerably low. They eat almost everything like bugs, insects, worms, snails, and even the grains that you provide. This goes a long way in ensuring that worms stay off your farm and don’t affect your crops and its growth in the long run. In layman terms, ducks do the work of insecticides and pesticides without affecting your crops and bringing down its nutritive value. This is one of the most overlooked benefits of duck farming. In fact, duck farming is one of the most sustainable ways of pest control in agriculture.

True that ducks don’t really need anyone to look after them, it is always better if there is a supervisor to ensure that they don’t venture out of their territory or get themselves in trouble. if you as a farm owner, are busy most of the time; you can employ a caretaker to look after your ducks, collect their eggs on a daily basis, and see to it that there are benefits of duck farming coming in. You might need a caretaker when you have plenty of ducks on your farm. This even creates a source of employment for unemployed or under qualified people, which in turn will help you too.

Constraints in duck farming in India: 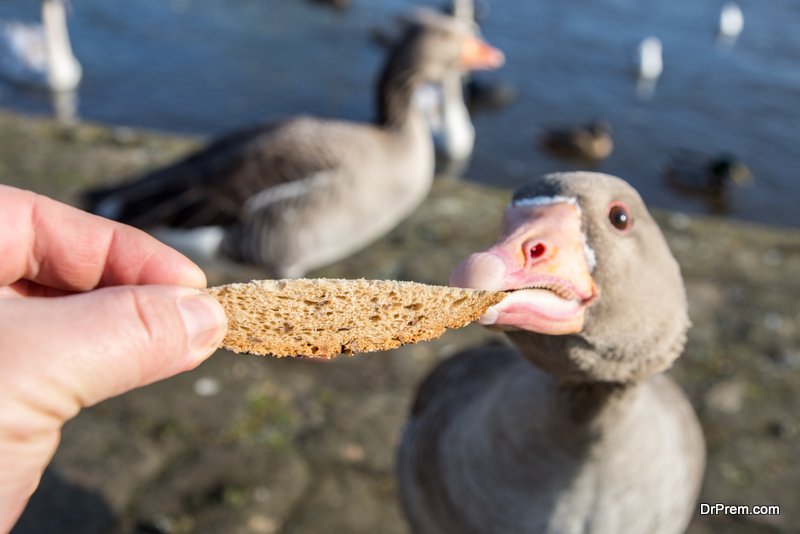 We know that ducks can eat almost anything and everything. However, as a farm owner, if you are planning to breed and raise ducks; you need to feed them with good quality feed that will not just satiate their hunger but will meet all their nutritional demands as well. Yes, your ducks eating worms and snails off the ground do clear up your farm of junk, but they aren’t enough as feed for your ducks. The absence of good and nourishing feed for ducks makes up one of the major reasons why the benefits of duck farming isn’t as popular in India as they truly ought to be.

You may not need to shell out huge chunks of money or create a business plan of duck farming for taking care of your ducks. But people  do need spend money in buying, selling, breeding, and transporting ducks. Lack of funds in this regard causes great hindrance on the occupation of duck breeding as a whole. 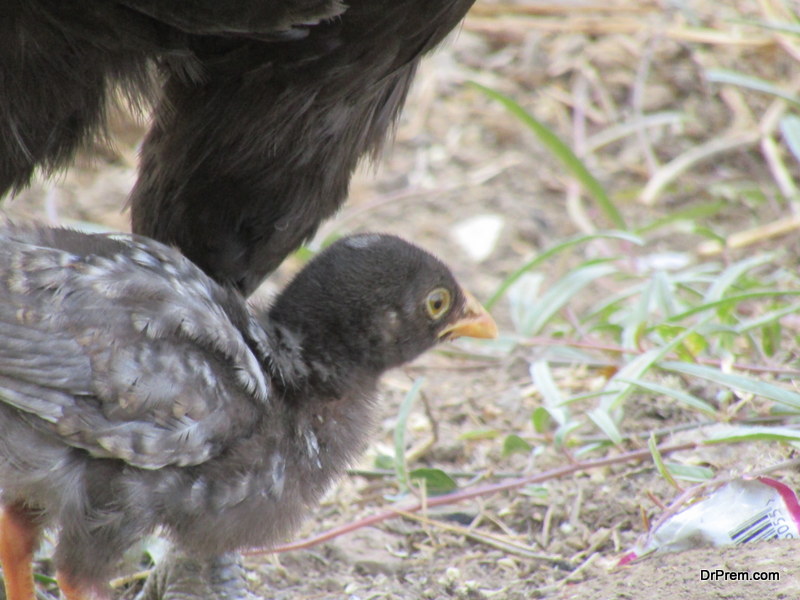 In order to avail the benefits of duck farming, you need good and healthy ducklings to carry forward their generation. However, due to the above-mentioned reasons, there is a considerable lack of healthy ducklings in the market. These malnourished ducklings then grow up to raise more ducks like themselves. Which is why, eventually, you end up with a set of unhealthy ducks giving you not-so-good results in the long run.

The challenges of not having a good marketing system

Duck farming is a major occupation along the lines of animal husbandry, poultry, and sheep rearing. However, it is seldom given its due importance. In spite of the great demand of ducks in farms, there isn’t a proper system, which sells good and healthy ducks to the buyers. In addition to that, the absence of a marketing system keeps many potential buyers and breeders unaware of ducks being sold and bought in a particular marketplace. This creates a big hindrance in the process of getting the benefits of duck farming.

The benefits of duck farming are many. Duck farming is, according to contrary beliefs, not a new profession in India. It is as old as rearing any other farm animal like hen, pigs, cows, and goats. With ducks, you may not worry about them hurting other animals on the farm since they aren’t generally aggressive, unless provoked.

Also, they double up as a good source of meat when they are unable to lay eggs. Having said that, the process of using ducks for agriculture in India is very challenging considering the constraints that are there; majorly because duck farming isn’t a popular occupation India.