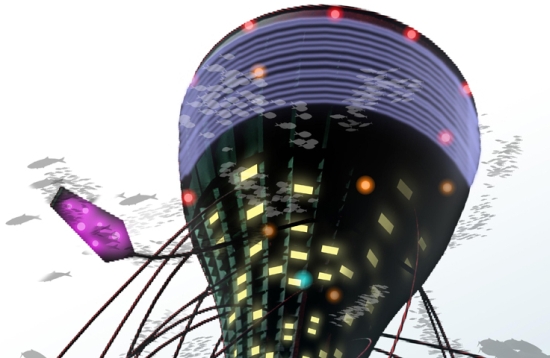 Over the years, we have seen many variations of the skyscraper in the form of the antithetical subscrapers, groundscrapers and even depth scraper. Now it’s time for a new skyscraper that depicts innovation and ingenuity. The Water-Scraper is a self-sufficient ambassador in the sea. It is an autonomous floating unit of livable, functional and self-sustaining space, which will function, in a collective manner, as a floating city.

The hO2+ scraper is self-sufficient and green, as it harvests renewable energy and grows its own food. The brainchild of Sarly Adre Bin Sarkum, the Water-Scraper comes fully equipped with a number of eco-friendly technologies. The green credentials it boasts include generating its own power through wave, wind, current, solar, bio etc., and producing its own food through farming, aquaculture and hydroponics techniques. It also incorporates its own small forest on top, while the lower levels contain spaces for its inhabitants to live and work. 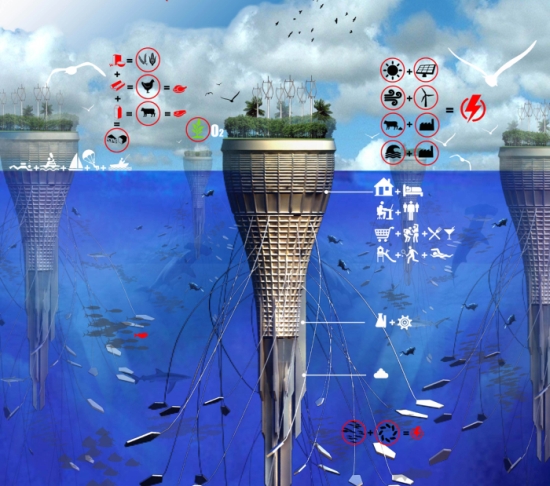 The Water-Scraper also has bioluminescent tentacles that not only do the balancing act for the structure, but also provide sea fauna a place to live and congregate while collecting energy through its kinetic movements. These sustainability strategies that aim to ultimately create and provide an oasis with “zero” negative impacts to the environment helped in attaining a special mention in this year’s eVolo Skyscraper Competition.