A colorful world is a beautiful world. This has always been the belief of millions of people around the globe. But in 2019, this saying is about to change. Russia’s green snow has caused worldwide murmur about the rise in pollution levels on a global scale. This article goes into detail about why the green snow in Russia is a dark reminder of the gruesome shadow of global destruction looming around us.

Snow pollution is not a new concept. Since decades, climate experts and activists have warned us about the white, pristine snow, turning black, yellow, green, and pink. Black snow indicates the presence of carbon in the surrounding environment – unburnt particles emitting from power plants run on coal. This black snow absorbs a humungous amount of heat, thereby contributing to global warming. If black snow is this aesthetically disastrous, what about the green snow in Russia? Why does that worry the scientists?

Is pollution revealing its green monster in Russia? 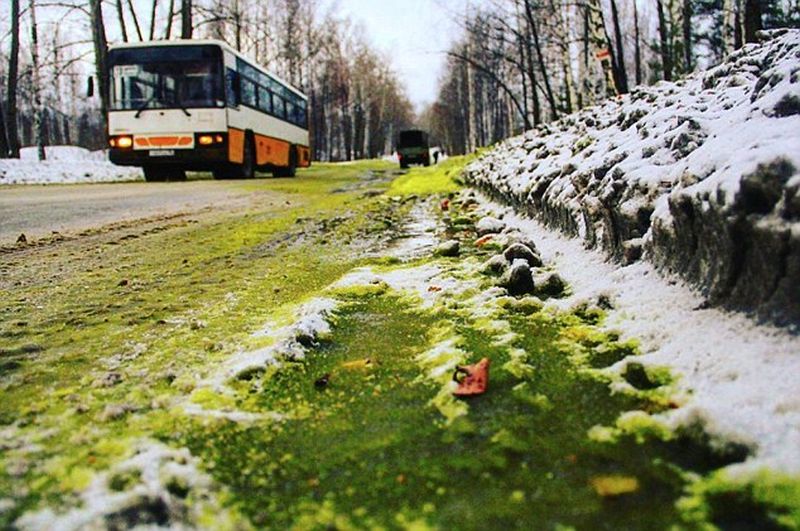 In Pervouralsk, Russia, environmental activists and campaigners look at the snow on the grounds that they stand on and worry. They see every inch of beautiful snow turn green, and they know, it is because industrial pollution is increasing all around them. And the Russian government is doing very little about this.

Some people, who wish to do away with increasing whispers about industrial pollution, are blaming algae for the ‘greening’ of the snow. They know dust turns snow orange, and algae might impart hues of pink or red to the snow. So they make up their own theory – that green snow in Russia is a natural phenomenon. No one needs to be concerned about that. But experts of climate change and global warming know better.

Several cities in Siberia and Russia are heavily industrialized. In fact, inside certain Siberian spaces, people have reported a lot of black snow – a result of haphazardly managed coal factories there. This led to people locking themselves and their families indoors for days. And the Siberian government had to order the shutdown of several coal plants. This doesn’t come as a shock, since the air pollution in those particular areas were double the amount recommended by experts. The question is, how can the green snow in Russia be any different from the black snow in Siberia?

While the officials are quiet over this issue of green snow in Russia, citizens of Sverdlosk Oblast, a small city in the country, point to a local factory that undertakes chrome production. They say that it isn’t the first instance where they saw greening of the surroundings. Not long ago, the residents claim that a pipe in their area leaked, and what came out was liquid tainted in the hues of chromium green.

The spokesperson for the chrome plant denies these allegations and asserts that in Pervouralsk, this is a normal, common, harmless occurrence. But how can an occurrence, where natural things like snow and water change color, be normal? Even if the area is populated with numerous chemical industries, how can the factories justify that population as common? Is every common phenomenon good for the living beings? Perhaps not.

How does green snow in Russia affect the health of its citizens? 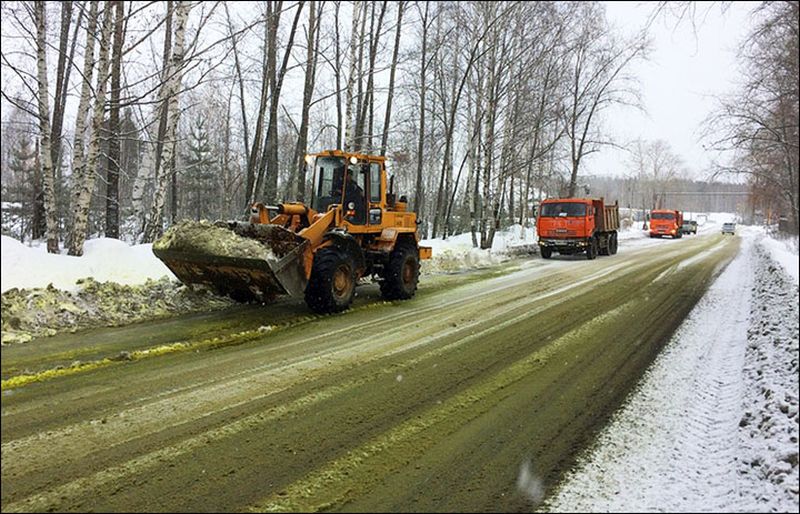 The mainstream media in Russia reports that after coming into contact with the green snow, a lot of Russian children have developed cough, cold, and rash. But since the link between green snow in Russia and ill health has not yet been verified, one cannot really blame anything or anyone.

However, something causes significant alarm among the citizens of Pervouralsk. How can the surrounding factories, industries and plants normalize the green snow in Russia? How are these factories and industries still capable of polluting the country to great a massive extent? And why are they even allowed to do so? What will take accountability for the safety of the residents if a natural disaster takes place?

What can be done to tackle this momentous change in nature?

Russian citizens have, on the part, started organizing protests against the factory outlets and plants that are turning Russia’s snow green and placing the nation’s safety in jeopardy. These protests are significant in their own right. Russia’s government has more power than any other nation’s government to shut down these protests, or even public gatherings, or even the widespread distribution of news, which it considers as a rumor. However, these protests continue. Maybe the government knows too, that pollution can affect Russia on a scale unimaginable.

But the government isn’t taking any real, crucial step to handle this disaster. Russian people are angry and worried. Their government isn’t doing much to improve the poor standard of safety and hygiene. Nor is it punishing those who violate the remaining shreds of whatever security measures are in place.

These pollutants, which are absorbed by the green snow in Russia, are hazardous. They might turn fatal one day. Even if this statement is an exaggeration, the Russian government ought to take it as seriously as its own citizens do.

Should we be worried about the green snow in Russia? 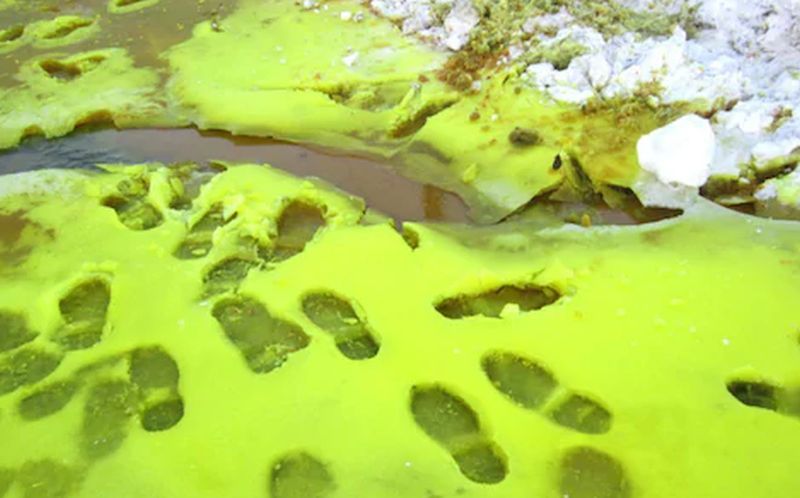 If you are outside Russia, you might not be too bothered about the green snow. But, the truth is, you should be worried about it. Russia is heavily industrialized. And so are other nations in this world. Imagine a day when our industries will outnumber us. Imagine a day when the pollution oozing and smoking out the outlets and pipes will overpower the water and the air around us. That day isn’t far away. Look at Russia. Your worst nightmare is turning into reality.

Pollution is a monster that has finally decided to wake up from its deep slumber and stomp over the planet. The first signs of it are clearly visible in parts of Siberia and Russia. We now have only two options – either to begin a countdown for our nation to show such disastrous signs or take action so that we do not have to see colorful snow or water ever again. After all, nature must stick to its natural form – no matter what.